There are no longer enough workers in China 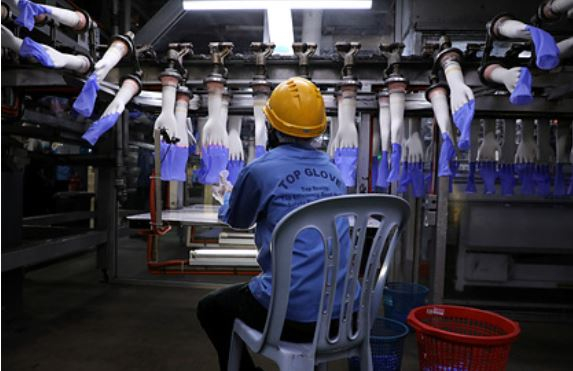 The high rate of technological progress in China has led to a shortage of skilled labor. There is no longer enough young workers in the country due to the inconsistency of the skills of candidates with the requirements of employers. The authorities believe that in the near future the situation will only worsen, Bloomberg writes.

The Chinese government is actively developing high-tech sectors of the economy and recently often points out the need to improve the skills and quality of education of workers. Recently, the State Council of the PRC published a plan to increase employment during the 14th Five-Year Plan (2021-2025). Commenting on the document, Deputy Secretary General of the National Development and Reform Commission Gao Gao said that the imbalance between the required skills and the actual competencies of employees will become the main problem in the labor market during this period. According to him, the number of skilled workers has now increased to 30 percent, but this figure remains low in comparison with other production facilities. The country’s economy is faced with a structural contradiction – along with the labor shortage, youth unemployment is also growing. Businesses in the eastern coastal regions are reporting difficulties in hiring workers, while unemployment rates among citizens aged 16-24 are three times the national average of 5.1 percent.

In the new plan to increase employment, the authorities promised to improve the qualifications of potential employees, primarily through vocational education. The average duration of education for Chinese of working age will be increased from 10.8 to 11.3 years. This goal is named the only mandatory of all 10 listed in the document, and testifies to the country’s desire to modernize the manufacturing sector and move up the value chain. According to the plan, by 2025, 55 million new jobs will be created in cities, and the unemployment rate will be fixed at around 5.5 percent.

Increasing employment is one of the PRC’s strategies to reduce inequality and achieve “shared prosperity.” As part of its implementation, Beijing intends to improve working conditions: the government has pledged to monitor whether companies comply with the established working hours and whether employees have free time. In addition, the PRC has pledged to reduce discrimination in the work environment by providing more flexible policies for women caring for children and by providing training for female workers by decree. Part of the new plan was to increase employee salaries to narrow the income gap between different groups of the population.

By the term “general prosperity”, the Chinese authorities mean moderate wealth for all residents. At a financial and economic meeting on August 17, Chinese President Xi Jinping announced the need to “sensibly adjust excessive incomes” and “encourage high-income groups and businesses to be closer to society.” These are the ideas behind new regulatory measures against tech companies, experts say.