The staff of the Odense Zoo, Denmark, can be proud to have an outstanding "grandmother" who recently became an official record holder. 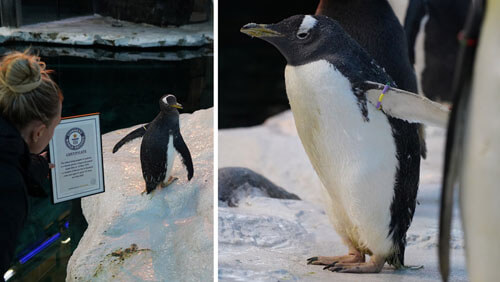 Usually subantarctic penguins live 15-20 years, but in captivity this period increases to 30 years. But a female named Olde celebrated her 41st birthday and entered the Guinness Book of Records as the oldest penguin. 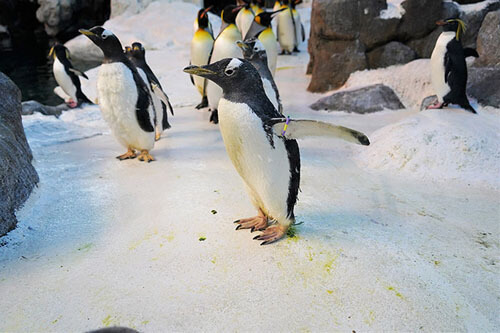 The zoo keepers say that they try not to have favorites, but Olde now, of course, in a special account - if only because such a respectable lady, who gave birth to 16 chicks and is a great-great-grandmother, needs a little more attention. 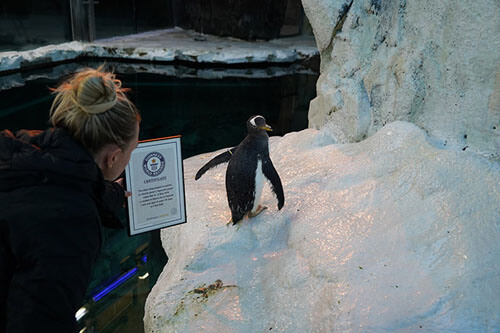 The record holder is fed separately so that she does not have to fight for dinner with other birds, while Olde is very partial to herring. In addition, the feathers of the female have thinned out from age, and she cannot swim, but the elderly bird did not remain without water procedures, and she is regularly given a shower. 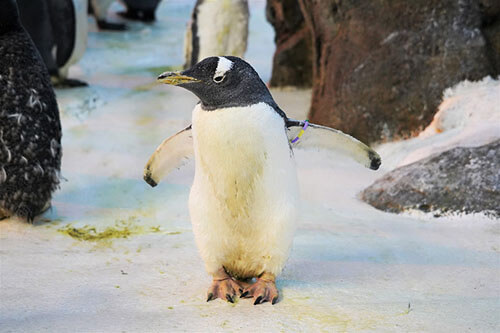 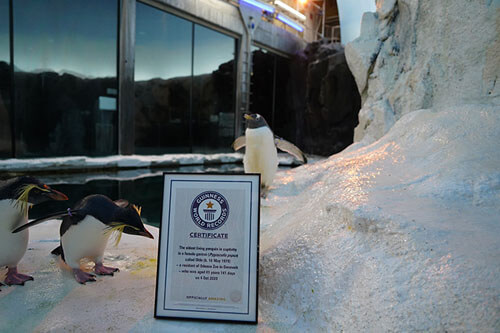 In general, Olde moves a lot for his age and eats well, so that people looking after the miracle penguin have no particular reason to worry about the old woman's health.

Olde, a female gentoo penguin, moved to Odense Zoo in Denmark back in 2003, and her name translates from Danish as "great-grandmother"!

Read also: The creator of the tallest hat claims a world record