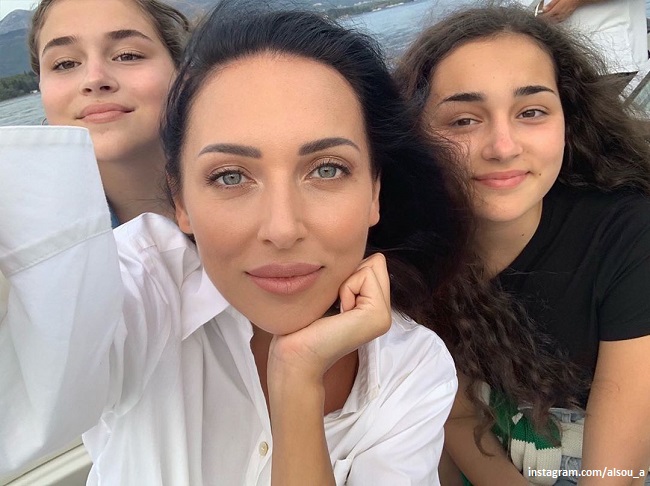 The 12-year-old daughter of the singer Alsou, Mikella Abramova, announced the day before that she would conduct the MUZ-TOK heading with the legendary Piggy in the Good Morning Kids program on the Karusel channel.

Yesterday, September 15, Mikella Abramova announced good news to fans. Daughter Alsou will become the host of the MUZ-TOK column in the Good Morning Kids program on the Karusel channel. Mikella will tell young viewers about music. Her partner will be the same Piggy, who is adored by the viewers of the program "Good night, kids".

The first issue with the participation of Abramova will be released on September 17. Mikella admitted that she still does not believe that she has become a TV presenter. The girl has long dreamed of trying her hand at this field of activity.

"Now I'm the co-host of the legendary Piggy 🐽 from the main children's program of the country "Good night, kids!", and we are launching a new section "MUZ-TOK" on the air of the spin-off of the evening program "Good morning, kids!"🤩 Let's talk about music and more!🎧🎼🎹
I am incredibly happy to look on the other side of the screen and be part of the coolest kids TV show! Be in the same team with Piggy, Filia, Stepashka, Karkusha! It's like it's not happening to me🥺It feels like I'm inside a fairy tale😊 ", - Mikella shared her impressions.

Fans congratulated the star's heiress on her debut. They wished her every success in her television career. "Mikella is cool! Let's just go ahead ”,“ Miki, you're super. We are waiting "," You are worthy of this, talented, smart, beautiful!"- wrote the fans.

Recall that earlier the girl took part in the filming of the show "Voice. Children", in which she conquered many viewers with her vocal abilities. Many predicted a career as a singer for Mikella - she not only sings well, but also releases her own tracks.