Recently, the weather has not been particularly pleasing to the residents of Shanxi province (China). Heavy rains not only caused a lot of trouble, but also caused landslides. 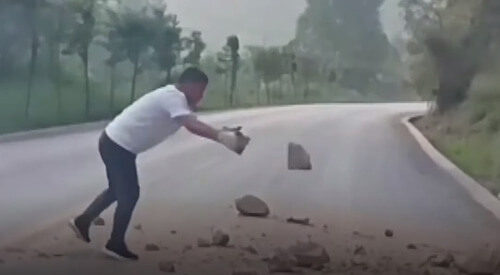 In such difficult times, it is especially pleasant to look at people who are willing to spend time helping others. For example, a young driver did not want to put up with stones on the road. He dragged small stone fragments and rolled them to the side of the road with his own hand. As for the very large boulders, then here the caring stranger did not regret his own car, using it as a tug. 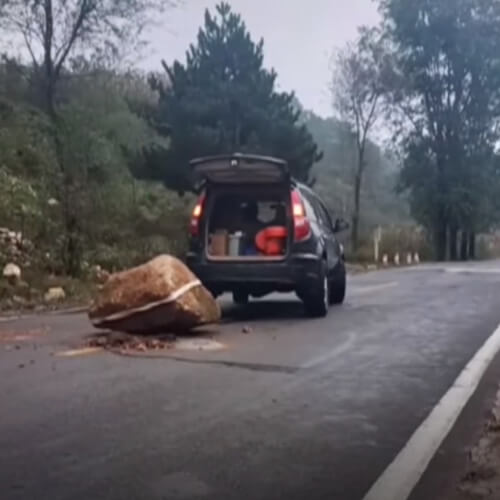 Of course, everyone who learned about such a good deed praises the man for his desire not to stay away from the problem.

During a ride in a convertible in the rain, the driver used an umbrella