“The year when the strong was getting stronger”: what did 2020 teach us

It was a difficult year. But there was also good in him. Someone found an interesting job. Someone met love. Children were born. Books have been written … Our expert Anastasia Dolganova shares notes on how she feels about seeing off 2020 a year. 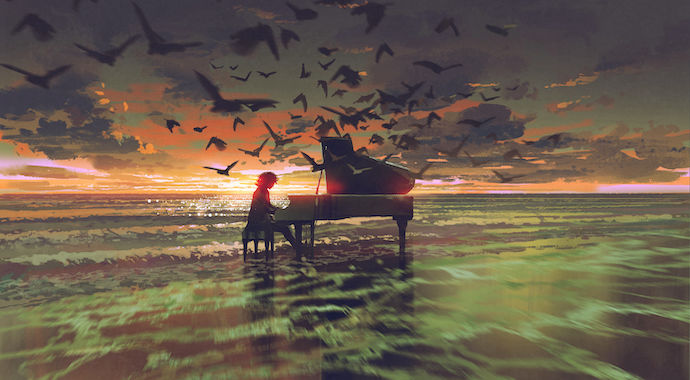 I’ve watched a lot this year how strong gets stronger.

The fragile was broken, yes. And there was a time when all life lay in these fragments. Jobs were lost, marriages fell apart, the vulnerable mental health that had been collected over the years crumbled, because it was unbearably scary. People found themselves separated from their families or locked up with those who mistreated them, suffered from a lack of control and predictability, experienced losses.

But the strong was getting stronger. It was amazing. My friend started to master the piano. So she said: “What else to do? When would I have found enough strength for this at another time? ” Now she can already play along with herself at the concerts of the group in which she sings.

Another friend got married. They had been friends for a long time, and here is the coronavirus, she lost her job and faced visa problems.

We live in Thailand. And a friend called her to marry, because it means a family visa for her for his work, and she can also live with him and feed together easier.

They began to live and work together and fell in love with each other, disappeared from the radar, because they are happy, only sometimes they send funny pictures. I ask: “Masha, how is your marriage?” She writes me indecent, but definitely positive words.

But life has been renewed, and I will rejoice at what I have acquired, because this is also normal

The hall where I go to boxing was closed all April and May. We trained on the street, and then somehow at first secretly, then obviously the regulars returned to the gym and continued training. Now we have a community, and before the covid we were strangers of different nationalities and cultures.

My parents left Russia for the first time – in general, for the first time with my father’s army, they left somewhere, and got exactly under the closure of the borders. We flew home on one of the last planes in March. We didn’t have time for a domestic flight, went by train, then sat in quarantine and felt the anger and fear of neighbors: “They travel abroad, and then we get sick.”

I thought they would never decide to travel again. But no: Mom is learning English, Dad keeps his sun hat. They tell me when we call up on Skype: “And let’s meet in St. Petersburg, we will come when you fly, and in the summer we will all go to Antalya.”

And another 8 kg was left for sports, to which I could not get used to it all my life. But here it was necessary to support the coaches and give them work, and I finally got involved. And I still don’t smoke. And the book is almost finished. But my husband’s mother died …

I will greet the New Year with sorrow, because it is normal to be sad about my losses. But life has been renewed, and I will rejoice at what I have acquired, because this is also normal. You can live on. It’s worth living on for the amazing things that always happen right behind the wall.

Anastasia Dolganova – psychologist, author of the book “The World of the Narcissistic Victim. Relations in the context of modern neurosis ”. More on her .