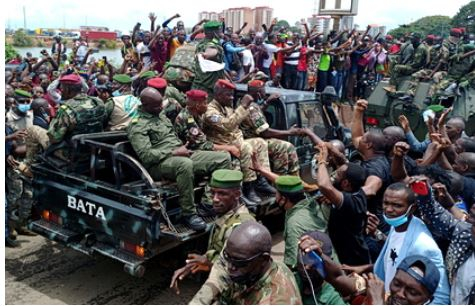 A coup d’état in Guinea could lead to a shortage and rise in prices for iron ore, writes CNBC. After the military comes to power, the development of the world’s largest field, Simandu, could take years.

The largest undeveloped iron ore deposit is located in the Simandu mountain range in southeastern Guinea. It was discovered in the 1990s, but mining has not yet begun due to the inconvenient location of Shimandu – the mountains are located far from the capital of Conakry. According to the International Monetary Fund (IMF), the project requires huge investments in the creation of railway and port infrastructure. Guinea, which occupies one of the last places in terms of GDP per capita, is unable to organize a construction project without the help of investors. The turbulent political situation will worsen the prospects for the development of the field, said Andrew Gadd, steel analyst at CRU Group. He recalled that difficulties in attracting investments were also observed in a calm time for Guinea. Now finding sponsors will become even more difficult.

On September 5, a group of military men arrested the incumbent President of Guinea, 83-year-old Alpha Conde, and announced the seizure of power. Rebel leader Colonel Mamadi Dumbuya announced the suspension of the constitution and the dissolution of parliament and government. The reason for the rebellion, he called the desire to fight corruption in the upper circles and poverty of the population. President Condé took office in 2010 after serving two five-year terms. In 2020, he held a referendum to amend the constitution and claim the presidency for the third time. Following elections in October 2020, Condé was re-elected head of state.

After the change of government in Guinea, world aluminum prices have renewed a ten-year high, reaching $ 2,727 per tonne. Bauxite mining in Guinea provides about 20 percent of aluminum production. The head of the metallurgical company “Rusal” Oleg Deripaska said that the current situation could shake up the global aluminum market. According to the latest data from the London Metal Exchange, aluminum is trading at $ 2,745 per tonne.