This 17-year-old resident of Pasos (Brazil), who noticed a woman motorcyclist, clearly thought that he got an easy victim. 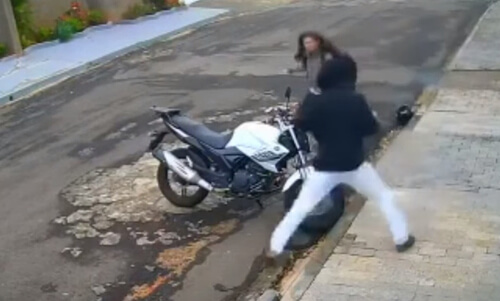 The offender attacked a young stranger and began to snatch the keys to the motorcycle from her hands. But the resolute lady did not give up without a fight and gave the hijacker such a fierce rebuff that he did not expect. At some point, the man managed to saddle the motorcycle, but the owner of the “iron horse” sat in the back and began to beat the offender, shouting into his ear. Despite the fact that in the process of the fight the woman now and then turned out to be defeated on the ground, she rose again and again to attack the criminal stranger again. The noise and confusion attracted the attention of several eyewitnesses, so that the would-be hijacker chose to retire. 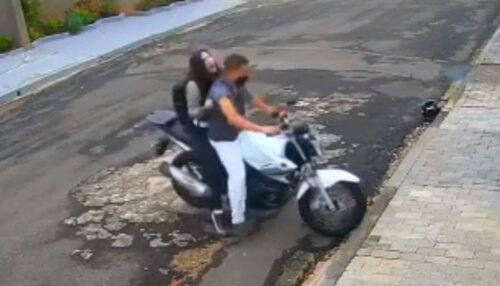 The hijacking attempt was caught on a CCTV camera, plus the woman was able to give the police a description of the thief. Some time later he was arrested. The owner of the motorcycle was taken to the hospital, but her injuries are minor. She later said that she was shocked by the attack, but very glad and proud that she was able to protect her property.