The wind turned the dog into a fairy elephant

It is unlikely that the dog, who became the heroine of this funny video, has heard of such a fabulous hero as Dumbo the elephant. 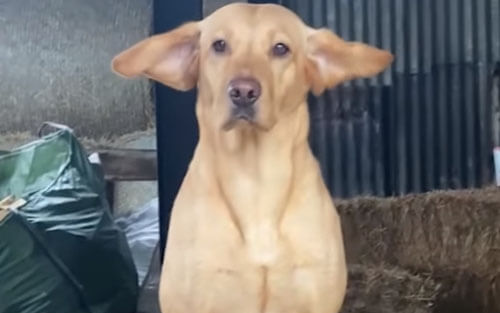 But it was this character, who knows how to fly with the help of his ears, that an animal blown by the wind began to look like.

Moreover, if the dog did not manage to take off, then in social networks it quickly became famous. As for the popularity, the stranger in the background also aroused considerable interest, and the users considered the laughter creepy and witchy.

See also: The faithful dog was waiting for the owner for three years, who was sent to a nursing home