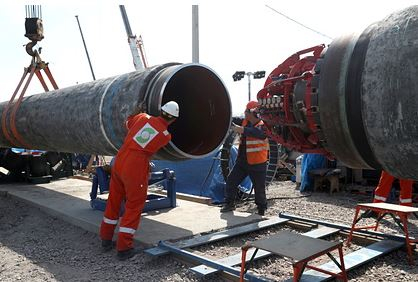 Former commissioner of the Texas The Railroad Commission of Texas (RRC), which regulates the state’s oil industry, Ryan Sitton saw Nord Stream 2 as a solution to the global energy crisis. He announced this to RIA Novosti.

According to the expert, putting the gas pipeline into operation can help partially resolve the current situation in the global energy market.

“Separately, they (pipelines – Lenta.ru note) create additional access to the market. I think it will help, but ultimately it is still a supply and demand issue. I don’t know if any one new pipeline or new facility will be able to turn the tide. It will take a kind of shift in overall investment strategy, ”Sitton said.

In addition, according to the former RRC commissioner, it is difficult for Biden to appear strong, as he has to “beg other countries to produce more oil.” At the same time, the American leader does not want it to look like this, as he is trying to “adhere to the green agenda.”

Earlier in October, the US administration refused to impose sanctions against Nord Stream 2 against the will of Congress; restrictions will not be implemented during the presidency of the current leader Joe Biden.

In the fall, Europe faced an energy crisis associated with a sharp rise in gas prices. In early October, they approached the level of $ 2,000 per thousand cubic meters, but then the cost decreased slightly.