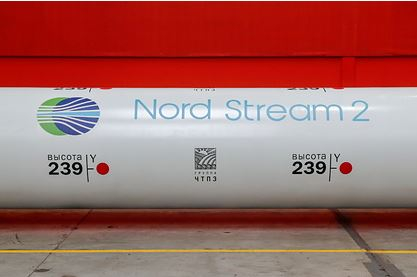 The United States believes that the Nord Stream-2 gas pipeline may begin work in “a couple of months,” Bloomberg writes about this.

Such a forecast on the timing of the launch was given by the administration of President Joe Biden in the quarterly report on Nord Stream 2. The document was submitted to Congress on the eve of new sanctions.

Earlier it was reported that the United States is imposing sanctions against two ships and one company that are involved in the implementation of the gas pipeline project. The new restrictive measures will affect the “Russian-related company” Transadria Ltd and the ship “Marlin” owned by it. According to the MarineTraffic portal, the vessel is sailing under the Russian flag. The State Department did not specify the name of the second ship.

At the same time, the United States made an exception and decided not to impose sanctions on a German vessel associated with the construction of the gas pipeline.

In Germany, it is believed that, at best, it will be possible to overcome all the legal subtleties on the way of certification of Nord Stream 2 by spring, and not necessarily by its beginning.