The triathlete wanted to propose to the girl, but he had cramps

Christian Moriatiel’s plans were quite simple – having completed the Ironman challenge series of triathlon competitions, he decided to propose to his girlfriend. 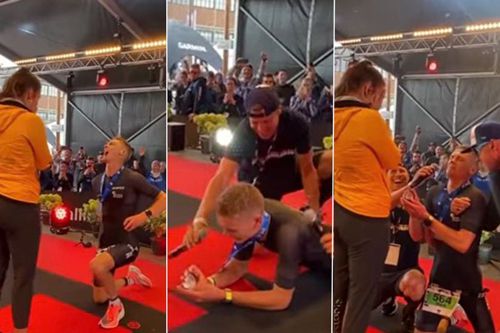 However, everything went wrong due to the fact that the Spanish athlete began to have convulsions, and he fell on his back. Two men helped Christian, who at first held the box with the ring lying down, but after all he got down on his knees and asked the lady a vital question, to which he received a positive answer. 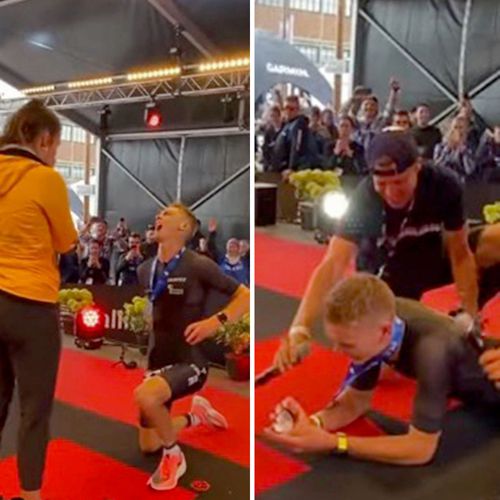 The scene, which seemed to the audience both tragicomic and very touching, caused a lot of comments on the Internet. Christian’s proposal was called both the best and the worst in history. And some thought that the triathlete’s cramps were a sign from above. Perhaps it was worth a little more walk unmarried?

Read also: A man proposed to his girlfriend at his brother’s wedding and sees no problem in it