Despite the fact that Emma Wright has been teaching art for many years, recently there was a scandal after which a 41-year-old woman was fired from the school of art and design.

Trouble with a teacher from Northamptonshire (England) happened after the director of an educational institution caught the eye of a portfolio of one of the teenage students. The photo session, conducted in the classroom with Emma’s permission, included partial nude shots of 15-year-old students (showing young models, stripped to the waist, covering their breasts with their hands). In addition, the portfolio showed photographs of teenagers in underwear, as well as showing offensive gestures, smoking and holding alcoholic beverages. 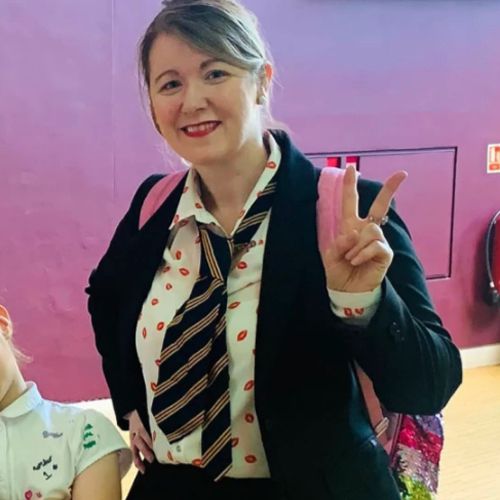 Emma explained that she was telling the students about a certain contemporary artist who creates scandalous, thought-provoking works of art. However, she allegedly explained to teenagers that they are not required to create something like this. But the impressionable schoolchildren were nevertheless imbued with inappropriate ideas and staged a photo session in the classroom. Later, the teacher admitted that she should have realized in time the inappropriateness of such a lesson. However, it is too late to regret, because the woman was not only fired, but also banned from continuing to engage in teaching activities.

After the tantrum of a five-year-old student, the teacher was taken to the hospital