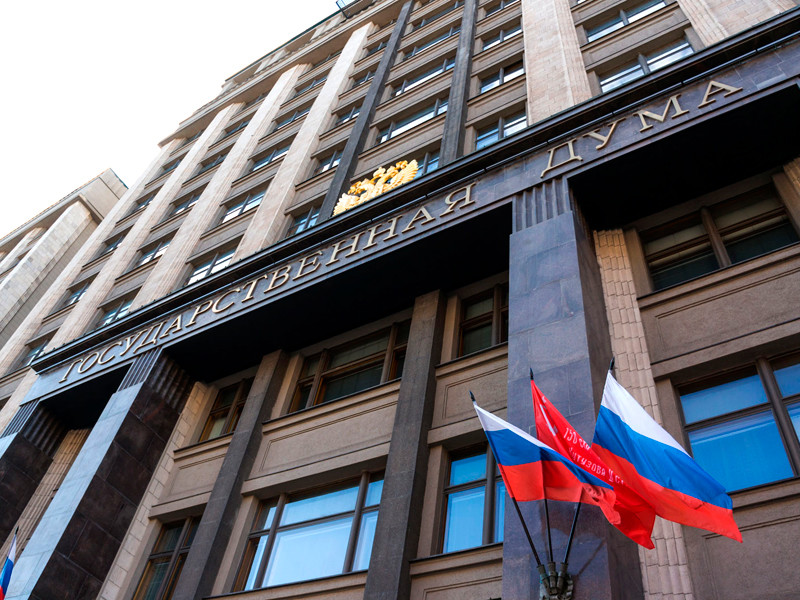 A group of deputies submitted to the State Duma a bill prohibiting citizens from running for parliamentary elections who are involved in the activities of organizations recognized by the Russian authorities as extremist.

It is assumed that such a ban will be valid for up to five years from the date of the court decision. The document proposes to prohibit the possibility of being elected to the State Duma for citizens who were members of public and religious associations and other organizations closed by a Russian court decision due to their recognition as extremist.

The restriction is planned to be extended to persons who were the founders of such organizations and were included in the leadership three years before the entry into force of the court decision on the liquidation of an organization recognized as extremist or terrorist. They will not be able to be elected to the Duma for 5 years.

For three years from the date of the court’s decision, citizens who held rank-and-file positions in such organizations and helped its work cannot be elected to the State Duma. To receive the ban, they had to work in the organization a year before the corresponding court decision.

The bill was submitted to the State Duma by a group of deputies headed by the chairman of the committee on security and anti-corruption Vasily Piskarev.

On Tuesday, a group of State Duma deputies introduced another bill – on criminal punishment for participation in the activities of a foreign or international non-governmental organization recognized as undesirable in the Russian Federation. The text of the project is available in the Duma electronic database.

“The bill introduces amendments to the Criminal Code of the Russian Federation, providing for the introduction of criminal liability for participation in the activities and for the management of the activities of a foreign or international non-governmental organization, in respect of which a decision has been made to declare its activities undesirable on the territory of the Russian Federation without first bringing the perpetrator to administrative proceedings. responsibility “, – says the explanatory note.

In addition, it was proposed to introduce compulsory work for up to 480 hours for the leadership of an unwanted NGO. The term of imprisonment for this will be from two to six years. Amendments are being made to Article 284.1 of the Criminal Code of the Russian Federation, in which the responsibility for members and leaders of undesirable NGOs is not now differentiated.

The authors of the bill were members of the Duma commission to investigate the facts of interference of foreign states in the affairs of the Russian Federation, headed by its chairman Vasily Piskarev. The government gave a positive response to the bill.

The explanatory note states that “opposition to the activities of organizations in respect of which a decision has been made to recognize them as undesirable on the territory of the Russian Federation, blocking their attempts to influence the social and political institutions of Russian society should be considered as one of the priority areas of activity of state authorities.”

Earlier, the commission “established numerous facts of Russian citizens undergoing trainings on influencing election campaigns, organizing mass riots, unauthorized political actions, including those involving minors, etc.” “This training is carried out with the methodological, technical and financial support of foreign non-governmental organizations, whose activities are recognized as undesirable on the territory of the Russian Federation,” the developers say.

Recall that on April 16, the Moscow prosecutor’s office filed a lawsuit to declare the Anti-Corruption Foundation *, Navalny’s headquarters, as well as the Foundation for the Protection of Citizens’ Rights * extremist. The prosecutor’s office stated that under the guise of these organizations, foreign and international organizations operate, whose activities are recognized in Russia as undesirable. The Moscow City Court classified all materials of this case.

On April 26, the Russian prosecutor’s office suspended the activities of Navalny’s headquarters pending a decision on the extremism lawsuit. Until the end of the consideration of the case, organizations are prohibited from posting materials on the Internet, organizing rallies and participating in elections and referendums. At the same time, Navalny’s headquarters throughout Russia announced the termination of work in the previous format and the freezing of their pages on social networks. It was reported that employees of Navalny’s and FBK * headquarters would have their work emails deleted, they would transfer passwords from their accounts, and their cooperation agreements would be terminated. All this will be done in order to protect the employees of Navalny’s structures and reduce the likelihood of their being prosecuted. They were also instructed to clean their social media pages from references and symbols of FBK * and Navalny’s headquarters.

If the court recognizes FBK *, Navalny’s headquarters and the Foundation for the Protection of Citizens’ Rights * as extremist organizations, then this status will make it impossible for their further work in Russia. All their symbols will be banned, the media, when mentioning such organizations, will have to emphasize that they are prohibited, criminal liability will threaten not only the leadership of these organizations, but also their ordinary participants, donors, volunteers. Organizations-“extremists” under the law “On Counteraction to Extremist Activity” are prohibited from holding meetings, rallies and participating in elections. Getting on the list of the Ministry of Justice actually stops any banking operations. That is, any activity related to Navalny will be excluded from the legal political field.

The label “extremist” carries several important consequences for the organization and its members. The organizers of the “extremist association” could face up to 10 years in prison under Article 282.2 of the Criminal Code (“Organization of the activities of an extremist organization”). Under the same article, those who participate in the work of such organizations face criminal liability – from two to six years in prison. This risk also exists for ordinary FBK employees *, for volunteers and for sympathizers.

On April 29, Leonid Volkov announced the official closure of Navalny’s network of regional headquarters. According to him, preserving their work in its current form is impossible, since it will be brought under the article on extremism and will entail criminal terms for employees and everyone who takes any part in the work of the network.

Volkov invited volunteers, donors and all sympathizers to support “powerful and tough regional politicians”, as well as strong and independent political organizations that will deal with investigations and elections, public campaigns and rallies. “You will help them, and they will succeed,” concluded Volkov, without naming specific names and organizations.

On April 30, Rosfinmonitoring added Navalny’s headquarters to the list of extremists and terrorists, without waiting for a court decision.