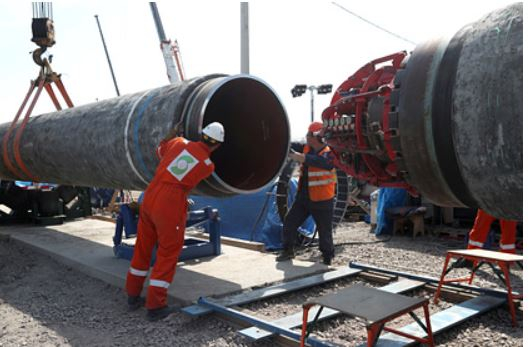 According to him, the new US administration believes that the current strategy is working well and the measures taken against the project are working. Price, when asked whether the team of US President Joe Biden is trying to appropriate the achievements of the previous government, which also actively imposed sanctions against Nord Stream 2, noted that both administrations take a similar approach to this issue.

Earlier, Price explained the reason for the US rejection of Nord Stream 2. He stated that the United States opposes the project from a geopolitical point of view. The spokesman for the State Department stressed that the gas pipeline, if completed, will provide Russia with leverage over the closest US partners in Europe, which worries Washington.

On February 22, the US expanded sanctions against the Nord Stream 2 gas pipeline. The Ministry of Finance has added to another sanctions list the pipe-laying vessel Fortuna, which is engaged in the construction of the gas pipeline. Also, restrictions within the framework of the law “On the Protection of Europe’s Energy Security” were imposed on the owner of the vessel, the company “KBT-Rus”.

Nord Stream 2 is a gas pipeline from Russia to Germany, laid along the bottom of the Baltic Sea. It was supposed to be put into operation at the end of 2019, but the completion of construction had to be postponed due to US sanctions. Construction is obstructed in Washington as American liquefied natural gas (LNG) competes with Russian pipeline fuel for the European market