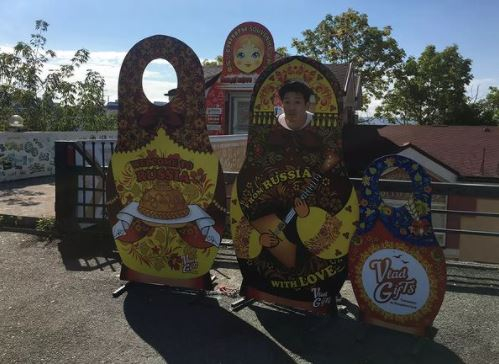 Korean actor Ho Seong-tae, the star of the Squid Game, came to Vladivostok and took a picture wearing a matryoshka doll on the central square of the city. The artist posted the picture on Instagram.

“Matryoshka”, – signed in Russian a photograph of the artist, climbed into the matryoshka.

In The Squid Game, 43-year-old Ho Sung-tae played the role of a gangster with a snake tattoo on Jang Dok Soo’s face. As the portal “Dni.ru” wrote, the artist studied Russian at the university and is fluent in it. Prior to his acting career, he worked in the Russian representative office of LG in Moscow. He later began acting in South Korean TV series and films.

On October 13, it was reported that The Squid Game was the most watched TV series in Netflix history. In 25 days since the premiere of the show, 111 million accounts have watched. The series was the first South Korean project to top Netflix.