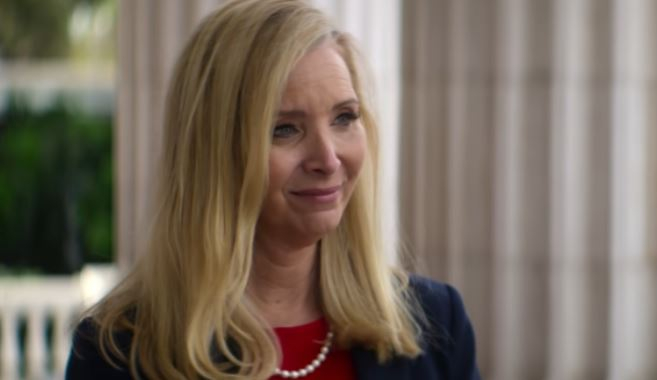 The heroine of the new movie “2020, you’re finished!”, Released on the streaming platform Netflix, said that Ukraine does not exist.

The provocative phrase sounded from the lips of the character played by the star of the TV series “Friends” Lisa Kudrow. The heroine speaks of the impeachment that Democrats tried to announce to US President Donald Trump, who accused him of pressure on Ukrainian leader Volodymyr Zelensky.

“There is no place like Ukraine,” states the Kudrow character.

The heroine’s words are actually a joke. Film “2020, you’re finished!” Is a comedy filmed in the genre of mocumentari (pseudo-documentary). The actors involved in the project played the roles of politicians, scientists, experts and ordinary citizens who share their impressions of the outgoing year. The creators of the acclaimed TV series “Black Mirror” worked on the film.