The actress announced that she would be living overseas for several years.

The star of the series "Policeman from the Ruble" and "The Witch", 31-year-old Anastasia Stezhko, today shared her plans for the future with subscribers of her microblog on Instagram. The actress said that she and her family moved to the United States, but not forever. According to Anastasia, she plans to live in a foreign country for several years.

Anastasia's husband, Dmitry Starostin - diplomat. The actress told the subscribers that the move was connected with her husband's business trip. "Husbandsent on a business trip to Washington. Difficult, but one of the most important and significant areas, so we decided to take this step", - noted Nastya (the spelling and punctuation of the author are hereinafter given without changes. - Prim. line.). Stezhko immediately reassured her fans, assuring that she was not going to end her career. The actress said that she plans to fly to her home country to shoot in especially interesting projects.

Anastasia also expressed the hope that soon the borders of the countries will open so that friends and relatives of the family can freely fly to visit them. In addition, Stezhko promised the subscribers of her microblog on Instagram to share the details of her move and her life in the USA, to talk about Washington and other cities. "Now, in any case, the center of my attention is Steshenka, so this unplanned decree is only a plus for me!" - admitted Stezhko. By the way, the star of "Policeman from Rublyovka" first became a mother only at the beginning of May this year. Since then, the active Instagram user regularly shares her thoughts on motherhood and photos with her newborn daughter on her microblog. So, for example, recently a star mom told how motherhood changed her life. 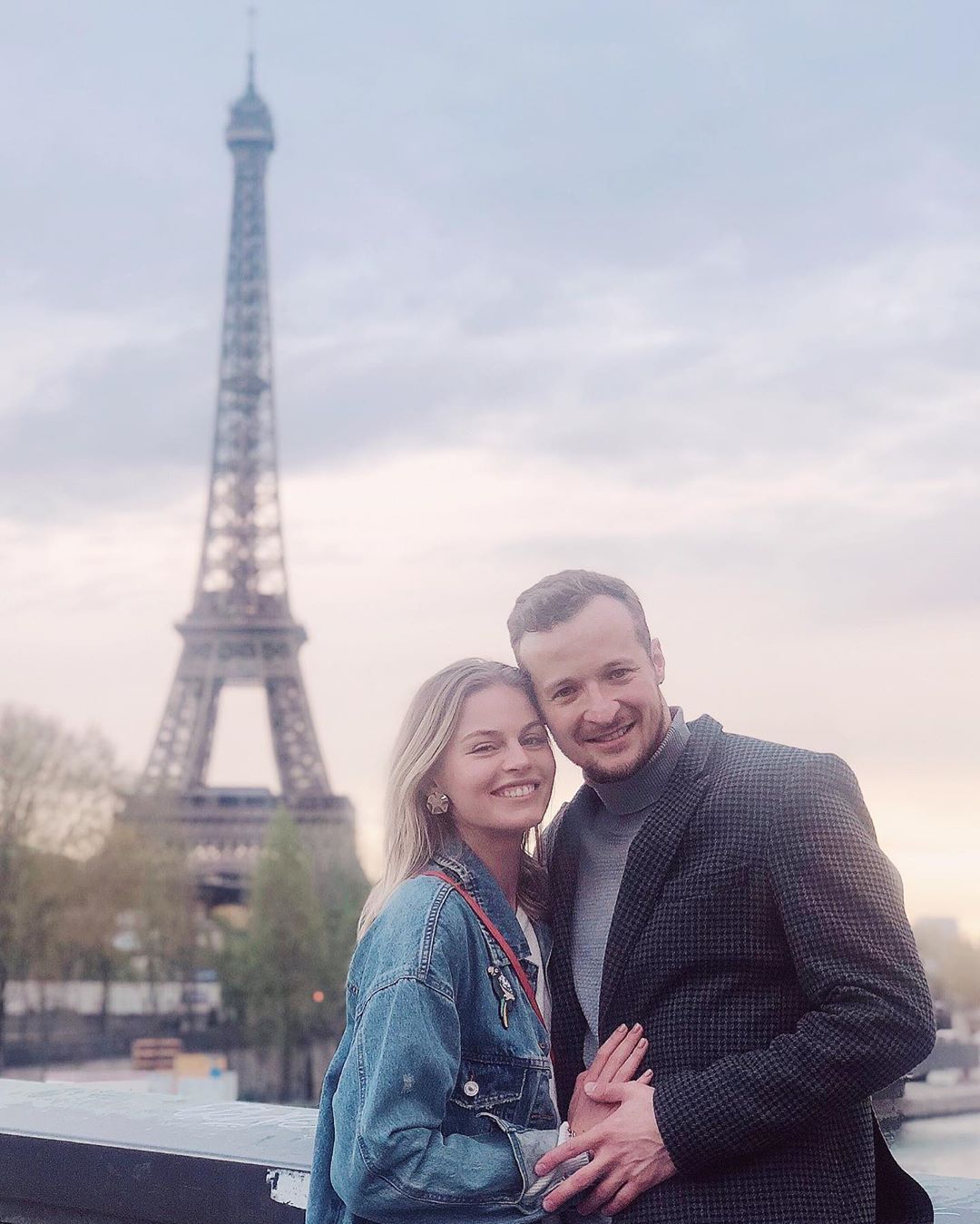 Anastasia Stezhko with her husband

Recall that Anastasia married Dmitry Starostin in mid-September 2019. According to Stezhko, the story of meeting her future husband turned out to be interesting. Starostin had nothing to do with the film industry and found out about Anastasia by accident. Dmitry was visiting his hometown, and his mother watched a series with a symbolic name on TV "Exchange rings", in which Stezhko played the main role. The diplomat liked the girl so much that he found her phone number and contacted.

Despite the romantic acquaintance, the couple did not always go smoothly. Before the wedding, Anastasia and Dmitry parted several times, but then renewed their relationship. Starostin made an offer to his beloved on his birthday, which the couple went to celebrate in France. According to Stezhko, she simply could not answer the man with a refusal on such a day.

Anastasia Stezhko, who recently gave birth to the star of "Policeman from Rublyovka", showed herself without makeup