The squirrel realized that she was being filmed, but she didn’t forget about the nut

The landlady, named Ricarda, is a big fan of the squirrel family who have come to visit her. 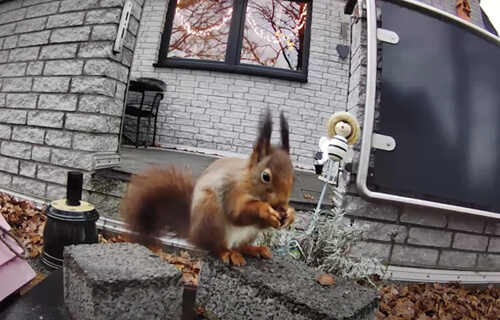 To be able to watch cute visitors, the woman not only spreads goodies around the yard, but also installed several surveillance cameras. The lady especially likes the squirrel, whom she named Kiki. 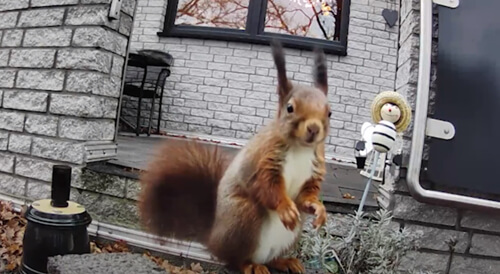 Kiki is one of the most frequent visitors. At the same time, the animal seems to realize that it is under video surveillance, because from time to time it freezes and looks exactly into the lens. Ricarda is funny every time to watch how the squirrel gets a little confused because of surveillance, but still does not forget about the nuts. Gastronomic pleasures are above all.