The squirrel is sure that the holiday pumpkins are for her

On Halloween, many homeowners decorate their front porch with pumpkins, but only such a decor can attract too close and unwanted attention. 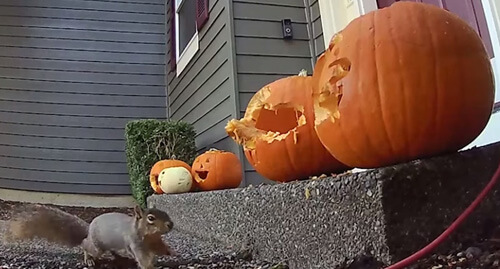 When a man named Darrin noticed that his pumpkins were spoiled (in other words, gnawed), he did not long puzzled over who exactly committed the act of holiday vandalism. It was enough just to watch the video from the security camera to understand that a squirrel had got into the habit of walking to Darrin. The rodent is one hundred percent sure that the fruits are intended exclusively for his gastronomic pleasure. 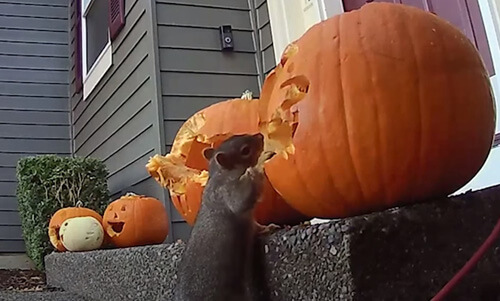 And while traditional pumpkin lanterns should be fearsome, they didn’t scare the squirrel at all. The animal has proven that it can defeat any pumpkin. And not just to win, but also to eat the enemy’s pulp.

Being flattered by a delicacy, the squirrel launched an unusually complex mechanism