Scientists working at the University of California San Diego (California, USA) have created an amazing robot. 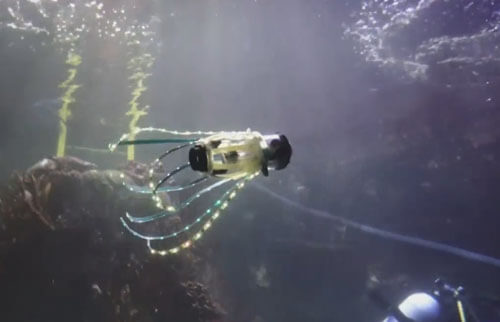 What makes this creation special is that it was inspired by the squid, and now the robot squid, called "Squidbot", is able to swim underwater at a speed of 18 to 32 centimeters per second, get very close to its living neighbors and take photos with them and video. 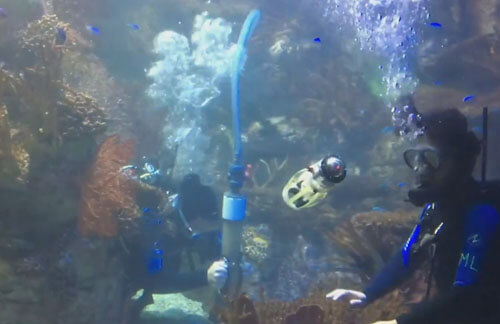 Professor Michael Tolly said that they used all the key features that ordinary squid use for high-speed swimming in the work. The squid robot is made of soft materials (such as acrylic polymer), which allows it to glide gracefully underwater. It is safe to say that this unusual artificial creation not only allows you to observe marine life, but in itself is very impressive in appearance.

See also: The robot cart takes over as a waiter