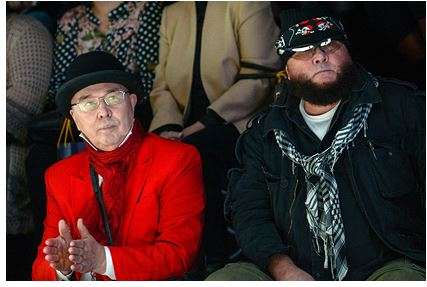 The son of Russian fashion designer Vyacheslav Zaitsev Yegor commented on the rumors about his father’s hospitalization. The interview with him is published by REN TV.

The man said that at the moment he does not know any details about his father’s stay in the hospital. However, he stressed that the people around the designer from time to time send him to various medical centers, after which his health deteriorates.

“According to my information, he is in a hospital, where our enemies are constantly putting him. We have no access to him (…) Without my knowledge, they constantly put him in some hospitals for a lot of money, after which he gets worse and worse every time, ”Yegor warned.

The designer’s son added that his representative Nikolai Golovin was responsible for Zaitsev’s hospitalization. According to the son, his father’s entourage is trying to achieve recognition of him as insane in order to become the guardians of the couturier.

Earlier there was information that Vyacheslav Zaitsev, who suffers from Parkinson’s disease, was hospitalized in one of the Moscow hospitals after a sharp deterioration in health. It was reported that he is undergoing a comprehensive examination and treatment at the medical center.

Slava (Vyacheslav Mikhailovich) Zaitsev is a Russian fashion designer, a native of the city of Ivanovo, a graduate of the Moscow Textile Institute. Sketches of the first collection, created by him for the experimental-technical garment factory of the Moscow Regional Economic Council, were published in Paris Match magazine, and Zaitsev was recognized abroad. He worked in the House of Fashion Models on Kuznetsky Most, headed the custom tailoring factory # 19.