The son of Elena Yakovleva removed the coffin from his face 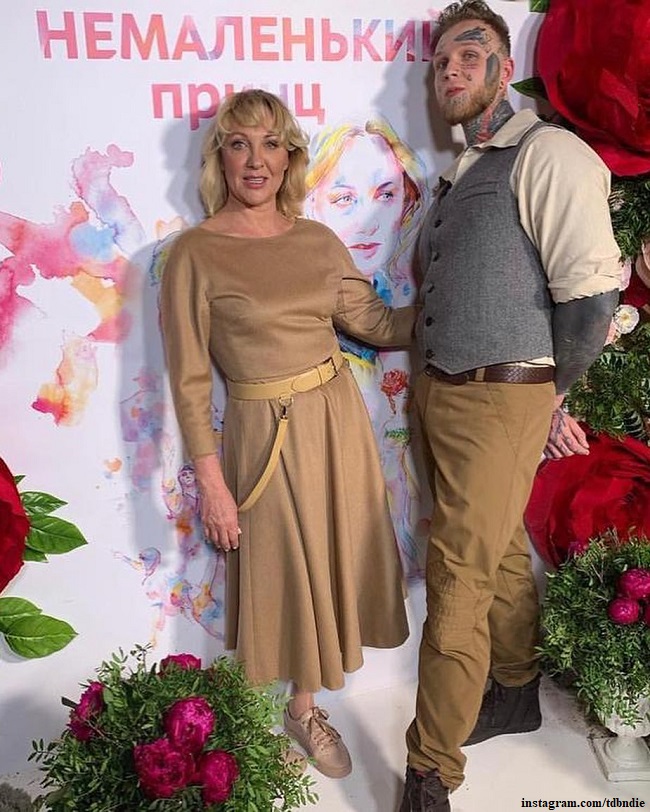 The son of actress Elena Yakovleva, Denis Shalnykh, for the sake of his mother, got rid of her very tattoo.

The 59-year-old actress’s sole heir is a passionate fan of tattoos. For the anniversary of Elena Yakovleva, her son Denis Shalnykh made his mother a long-awaited surprise.

The star is happy in a strong marriage with theater and film actor Valery Shalnykh. Last year, the couple celebrated the 35th anniversary of their marriage and the 30th anniversary of their wedding. 28-year-old Denis initially wanted to follow in the footsteps of his parents and realize himself in the cinema. After school, the young man entered the directing department of the Humanitarian Institute of Television and Radio Broadcasting in Moscow.

However, later the only heir to the People’s Artists of Russia realized that it was not for him. The guy dropped out and concentrated on playing sports. Denis is fond of bodybuilding. Most recently he was educated and became a certified fitness instructor.

Crazy is fond of tattoos, he turned his body and even his face into a living canvas for a variety of drawings. Denis is constantly in the process of beauty transformation: he modifies some tattoos or reduces and fills others.

The young man showed a renewed face. “There was a desire to show oneself in some kind of external attributes. There have been attempts to remove them. But this is a laborious process. It takes a long time to wait between these laser treatments. And your face swells, as if you were beaten, “- said the bodybuilder.

Until recently, Denis had a huge tattoo on his face in the form of a coffin with a lid. However, even the loyal and democratic mother of the guy was against her. After much agony and family conversations, the athlete agreed to get rid of this tattoo. The master redid the drawing. This was a pleasant surprise for Elena Alekseevna on the eve of her 60th birthday, which she will celebrate in March.

“Mom doesn’t like the coffin on her face. So I drew a marafet with him so that it looked a little less like a coffin on my face, “Shalnykh said on the Dok-Tok program.