Prince Midnight is proud of the tribute he paid to his late uncle, although many consider the man’s act both strange and creepy. 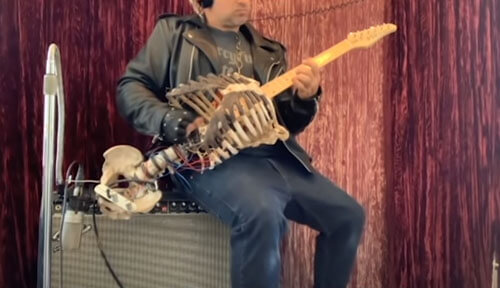 The story began in the 1990s when Philip, the Prince’s uncle, died in a car accident in Greece and his skeleton was donated to the local medical school. But more than two decades later, doctors contacted the Prince and said they no longer needed the bones. Instead of burying the remains of his uncle in Greece, our hero ordered to send them to Tampa (Florida, USA), where he lives. After going through what the man called a long bureaucratic nightmare, the Prince finally got hold of the skeleton and began to wonder what to do with it next. 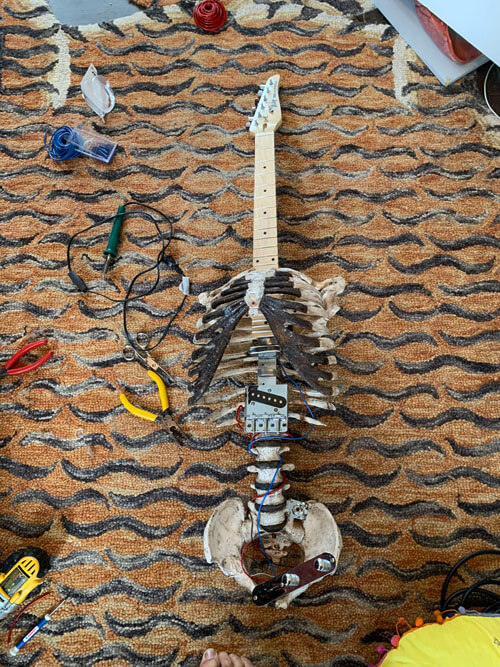 As a result, the craftsman, passionate about music, decided to make a guitar out of unusual material in order to honor his uncle, who adored rock and metal. After a series of trial and error, the instrument was finished, although the musician admitted that the guitar with temper and does not sound very common. By the way, Prince’s mother at first took such an idea with hostility, but her son asked her what Uncle Philip himself would prefer – to become a cool guitar or turn into a box of bones, burnt or buried in the ground? After that, the parent gave her blessing to the musical instrument, and the Prince got the opportunity to show off an eerie new thing.

See also: Imperfections of the female body turn into colorful works of art