For more than a week, police and rescuers from Northern Ireland and Scotland have been trying to help a seal who drank an energy drink from a can unsuccessfully. 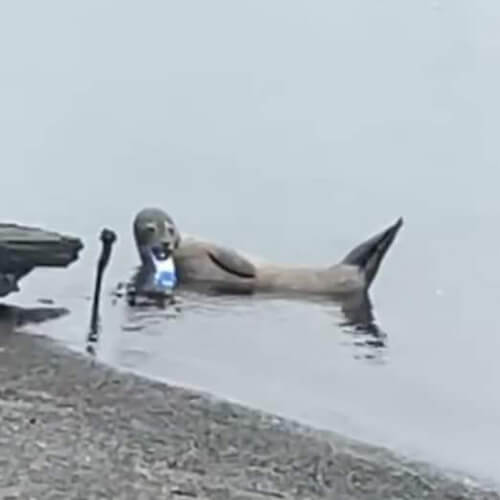 It is believed that the cause of the misfortune is common – someone threw the can out from under the “Red Bull”, the animal was seduced by the smell, and the result was sad, because the can was incomprehensibly stuck in the jaws of a seal. 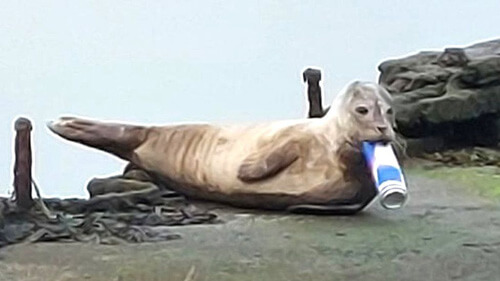 At first, the poor fellow was noticed in the harbor of Belfast (Northern Ireland), but could not be caught. Later, the seal appeared on the Scottish bank of the Clyde River, and it was here that they still caught him and got rid of the unbearable jar. 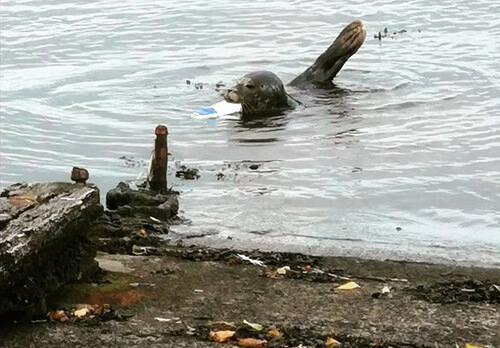 Now everyone who participated in the rescue operation is making a simple request to citizens. It is necessary to properly dispose of garbage and not throw it anywhere, because it can pose a serious danger to wildlife.