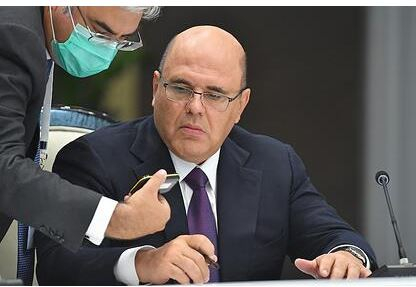 The government announced the date of new pandemic payments for small and medium-sized businesses, as well as socially oriented non-profit organizations. Enterprises will start receiving grants from November 15th. The corresponding decree signed by Russian Prime Minister Mikhail Mishustin has been published on the website of the Cabinet of Ministers. Applications for grants will be accepted from November 1.

“Submission of applications will start on November 1, payments will begin on November 15 and will last until the end of 2021. In the list of industries, representatives of which can receive a grant, 21 positions, including sports and health services, additional education for children and adults, the activities of zoos, cinemas, entertainment institutions, museums, dental offices, hairdressers and beauty salons, “- stated in the publication of the government …

The payment will be one minimum wage, that is, 12,792 rubles, per employee. The money will be credited at a time. The grants are aimed at supporting businesses from the hardest hit industries during the weekend, which runs from October 30 to November 7.

38.5 billion rubles will be allocated for the implementation of the program, Mishustin said earlier. Support will be provided to approximately 3 million people. Commenting on the program, Russian President Vladimir Putin said that the task of the authorities is not only to help save jobs, “but also to give an opportunity to quickly restore momentum after a new wave [пандемии] will decline. ” The initiative came from the government – First Deputy Prime Minister Andrei Belousov announced it at a meeting with the President.