The Russian authorities, having transferred troops to the border with Ukraine, declared the risk of hostilities 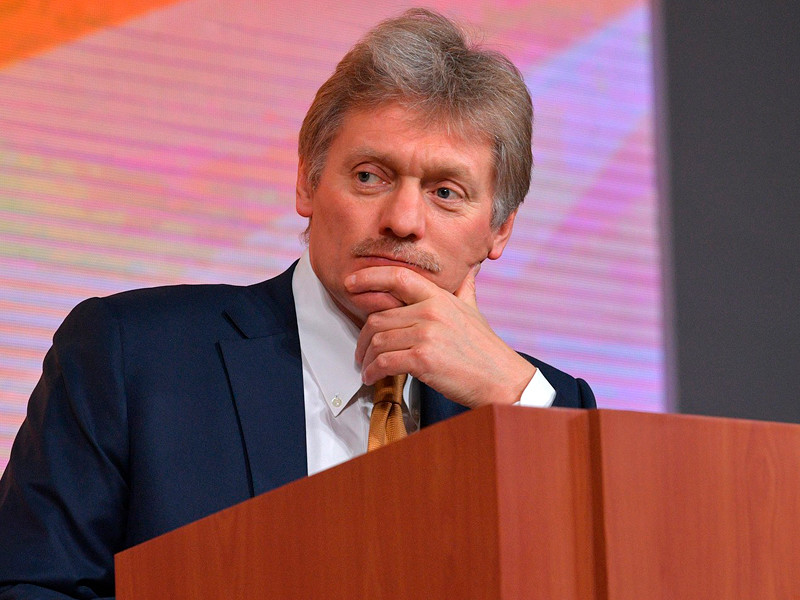 Russia additionally deployed about four thousand troops to the eastern border of Ukraine. Against this background, the Kremlin is expressing concern that Kiev “may take provocative actions” that could lead to “a resumption of the civil war in Ukraine.” This was stated by the press secretary of the President of the Russian Federation Dmitry Peskov.

“We express concern over the growing tension and express concern that one way or another the Ukrainian side may take provocative actions that will lead to war. Of course, we would really not like to see this,” he said. The words of Dmitry Peskov are quoted by Interfax.

When asked whether he admits the possibility of Russia’s participation in this war on the side of the pro-Russian separatists of Donbass, the Kremlin spokesman answered evasively: “I mean the civil war that already took place there.”

Earlier, the Commander-in-Chief of the Armed Forces of Ukraine Ruslan Khomchak announced that Russia had additionally deployed about four thousand troops to the country’s eastern border. We are talking about battalion tactical groups, which, according to the headquarters of the Armed Forces of Ukraine, are put on alert. Ukrainian media also reported on the transfer of Russian military equipment to the borders.

In March, the authorities of the self-proclaimed LPR and DPR accused Kiev of completely abandoning restrictions on offensive and sabotage actions on the contact line in Donbass, contrary to the Minsk agreements, Radio Liberty reports *.

On March 26, near Shumy, Donetsk Oblast, mortar shelling by Russian-backed separatists killed four Ukrainian soldiers and injured two others. The Ukrainian and DPR authorities accused each other of escalating the conflict.

President of Ukraine Volodymyr Zelenskyy sent the head of the General Staff to the scene of the incident, and he himself said that he would soon discuss the situation with the leaders of the Normandy Four (Germany, Russia, Ukraine, France).

Boris Gryzlov, Russia’s plenipotentiary in the contact group, called Kiev’s position cynical. “Kiev politicians pretend that they are trying to save the lives of Ukrainian soldiers. However, there was no reaction to the obvious murder of a 71-year-old resident of Donbass, a citizen of Ukraine, by a Ukrainian sniper. This position of Kiev is cynical and completely irresponsible,” Gryzlov said.

According to him, the Ukrainian military “continue to deploy military equipment in residential areas.” “Military operations under the cover of civilians, in fact, are war crimes, and the Ukrainian authorities, the command of the Armed Forces of Ukraine are trying to involve as many of their soldiers as possible in the commission of these crimes,” he added.

The armed conflict in Donbass began in the spring of 2014 after the annexation of the Crimea peninsula, which belonged to Ukraine, to Russia. During the hostilities, according to the UN, 13 thousand people died. In 2015, the Minsk agreements on the settlement of the conflict were concluded. However, they are practically not implemented.

In July 2020, additional measures to ensure a ceasefire came into force in Donbass. These measures imply a complete ban on firing, placing weapons in and near settlements, offensive and reconnaissance and sabotage actions. In addition, they provide for disciplinary liability for violations of the ceasefire. Ceasefire orders containing measures to maintain it must be in effect until the conflict is completely resolved, RIA Novosti reports.

Ukraine and Western countries accuse Russia of direct participation in the conflict in Donbass, including the use of its armed forces and equipment. The Kremlin denies this, while stating that “Russia will not abandon the Donbass.”

Aggravation in Donbass worries the West

Last week, the US Army Command in Europe changed its assessment of the situation in eastern Ukraine from “a possible crisis” to “a potentially imminent crisis.” “This is the highest level,” writes The New York Times. This is how the Pentagon reacted to the deployment of additional Russian troops near the border.

The US military initially believed that the Russian military would leave the border area after the completion of the exercise on March 23rd. But that did not happen.

Artillery and machine-gun shelling in the Donetsk region lasts an unusually long time, a whole day. There are other signs of growing tension: over the past weeks, European observers have recorded the emergence of new Russian weapons in the territories of the self-proclaimed DPR and LPR.

“It could be posing. But the Kremlin is testing a new administration,” said retired general and former commander of the US Army in Europe Ben Hodges. His words are quoted by UNIAN.

In his opinion, Russia has “zero interest” in establishing peace in Ukraine, Moscow’s goal is to destabilize the situation in the neighboring country as much as possible.

In January, during a telephone conversation with Vladimir Putin, President Joe Biden noted the importance of Ukraine’s sovereignty. But since then, the American president has not called Ukrainian leader Volodymyr Zelenskiy.

However, against the backdrop of the aggravation of the situation in Donbass, the US national security adviser Jake Sullivan held a conversation with the head of the Presidential Administration of Ukraine Andriy Yermak. Their conversation took place on Monday.