The roadway was covered with toilet paper

Traffic on a stretch of highway in San Leandro (California, USA) was slowed down, and for a strange reason. 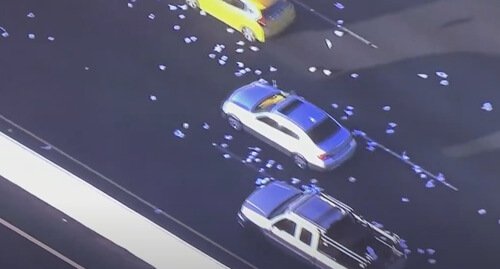 The roadway was covered with rolls of toilet paper, and this led to the fact that cars began to move at an unusually low speed. However, there were no road accidents and even serious traffic jams.

An important question remains unclear – where did the paper come from on the road. This problem is actively discussed by users of social networks, making different guesses, but the truth has not yet been revealed.

The driver parked in the pit, mistaking him for a puddle