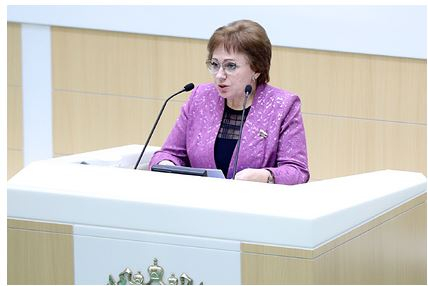 Elena Bibikova, a member of the Committee on Social Policy under the Federation Council, in an interview with Lente.ru, explained how it could have happened that almost two million people could not receive the funded part of their pension due to them on time.

“Since 2002, together with wages, insurance payments have been deducted into the pension system. For men born in 1952 and younger and women born in 1957 and younger, two percent were accrued to accumulative personal accounts. The employer contributed this money for four years, from 2002 to 2005. In 2006, this norm was canceled, because it was considered that these people would not be able to form savings. And these two percent remained on the personal account in the Pension Fund, ”Bibikova explained.

According to the senator, people could simply not be aware of the deductions, since there was no “massive notification of these payments.” The politician noted that in order to prevent such situations from recurring, “we need to talk more about this, and there should be explanatory work on the part of the Pension Fund”.

Bibikova stressed that all funds allocated to pensioners remain available to them. She recommended the above-mentioned category of citizens to call the client service of the Pension Fund and clarify whether there were transfers to their personal account in the period from 2002 to 2005, and, if there were, to receive these funds.

“The Pension Fund has clearly stated that they have been instructed to work on this issue. They invite people to process payments. This work is underway. They constantly report on this, each regional branch of the Pension Fund of Russia. Therefore, the money is returned. If the account has more than ten kopecks, it cannot be closed. And the amounts are very different, from insignificant to large, “- concluded the senator.

Earlier, the State Duma estimated the likelihood of a new increase in the retirement age by five years if women do not start giving birth anymore.