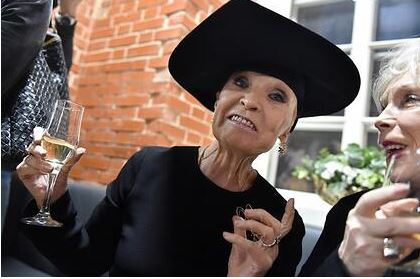 For the Soviet and Russian actress Svetlana Svetlichnaya, the pension should be many times higher than the amount that her son Alexei Ivashov originally disclosed. This was stated in an interview with PopCornNews by Yulia Finogenova, Doctor of Economics, Professor of the Department of Finance and Prices of the Plekhanov Russian University of Economics.

“She [пенсия] cannot be equal to ten thousand – this is the minimum payment, ”the specialist explained. According to her, the artist must be paid, according to Russian law, more than 50 thousand rubles a month.

Finogenova noted that each honored artist of the RSFSR in Moscow is paid about 53 thousand rubles a month. It includes “state standard and additional payments by category.” In addition, starting from 2022, the amount of payments to this category of citizens will increase and amount to 55,623 rubles, the professor specified.

The disappearance of Svetlana Svetlichnaya became known on October 25. The fact that the mother has not been in touch since October 21 was reported by her son. After that, the head of the TFR, Alexander Bastrykin, took control of the search for the artist.

Later, information appeared that Svetlichnaya was found. “Lenta.ru” was also informed that TV presenter Andrei Malakhov would have to come for interrogation by investigators, since the actress had been on the set of his program all this time.