The prosecutor’s office declared the demolition of the monument to Dzerzhinsky on the Lubyanka illegal. As it was in 1991 (VIDEO) 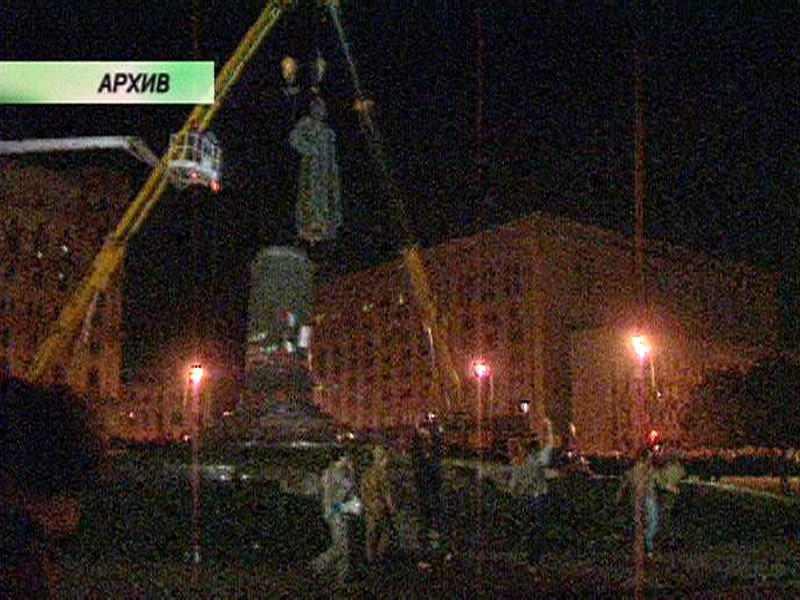 The Moscow prosecutor’s office declared illegal the dismantling and relocation of the monument to Felix Dzerzhinsky on Lubyanskaya Square. According to the head of the all-Russian organization “Officers of Russia” Sergei Lipovoy, his organization received an official response from the department to its request about the legality of the demolition of the monument.

“In accordance with the response received from the Moscow Prosecutor’s Office, which carried out an inspection on behalf of the Russian Prosecutor General’s Office, it is absolutely clear that the ‘Officers of Russia’ are completely right, and there were no legal grounds for dismantling the Dzerzhinsky monument on Lubyanskaya Square. We thank the Moscow Prosecutor’s Office, which conducted a thorough check on our appeal and found that there was no information about the existence of an administrative act of the city authorities on the dismantling of the monument, “Lipovoy said.

The monument to the first head of the Soviet special services Felix Dzerzhinsky opposite the KGB building on Lubyanskaya Square was opened in 1958. And by the end of Perestroika, it had already become a symbol of mass repression, so one of the first consequences of the failure of the State Emergency Committee in August 1991 was the demolition of the “Iron Felix”.

By 16 o’clock on August 22, at least seven thousand people gathered in the square around the monument, calls were made not only to demolish the monument, but also to storm the KGB building of the USSR located opposite. At first, the crowd tried to knock down the monument with a rope, hooking it onto a bus, not paying attention to the fact that as a result of the fall, the multi-ton boulder would crush dozens of people (the weight of the bronze sculpture without a pedestal is 11 tons).

Towards nightfall, cranes arrived on the square, which, by the light of car spotlights, raised the giant monument and lowered it onto the platform. “Iron Felix” was taken to the Crimean embankment, where he lay for many years in a vacant lot not far from the new building of the Tretyakov Gallery. In 1994 it was transported and installed in the Muzeon Park of Arts on Krymsky Val.

A lively discussion about the return of the monument to Felix Dzerzhinsky to Lubyanka resumed in early February 2021, when writers, bloggers and journalists, including Zakhar Prilepin, Alexander Prokhanov, Dmitry “Goblin” Puchkov, Lesya Ryabtseva and others, signed an appeal to the government and the Moscow mayor’s office. According to the authors of the appeal, near the FSB building “there is a completely wrong and unfulfilled void.” The initiators of the return of the monument to Dzerzhinsky believe that this in no way replaces the Solovetsky stone installed on the same square in memory of the victims of repression, but complements it. “Because these are just different facets of the history of our country. Which must be loved and accepted as it is,” the address says.

The Kremlin then said that this issue belongs to the prerogative of the Moscow authorities. In response to this, the council of the Public Chamber of Moscow decided to hold a vote for the installation of the monument on the Lubyanka. It was proposed to choose one of two options: a monument to Felix Dzerzhinsky and a monument to Alexander Nevsky. However, on February 26, voting was stopped after Moscow Mayor Sergei Sobyanin proposed leaving Lubyanskaya Square without a monument, since this issue only splits society.