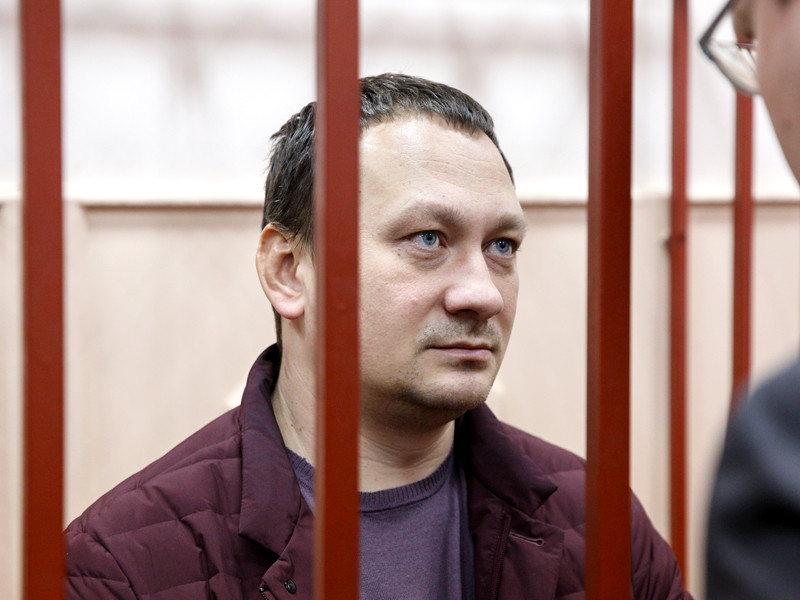 The state prosecutor asked to appoint the former policemen accused of falsifying evidence in the case of journalist Ivan Golunov, a sentence of 7 to 16 years in a general regime colony.

“The prosecutor asked for Lyakhovets – 16 years in prison, for Umetbaev, Feofanov and Sergaliev – 12 years each and for my client, who pleaded guilty – Konovalov – 7 years in a general regime colony,” lawyer Alexei Gubkin told Interfax …

In addition, the prosecutor Tatyana Parshchintseva asked the court to satisfy the civil claim for 5 million rubles, filed by the victim, as well as to deprive the defendants of the right to hold positions in the civil service.

The court hearings are held on Tuesday in the Moscow City Court behind closed doors.

The journalist of the Meduza news agency * Ivan Golunov was detained on June 6, 2019 on charges of attempting to sell drugs on a large scale. The prohibited substances were allegedly found during a personal search of Golunov, as well as during a search in his apartment. The journalist himself claimed that drugs were planted on him, and the photos published by the Ministry of Internal Affairs from Golunov’s apartment turned out to be fake – the drug laboratory depicted on them was located in a completely different place.

The special correspondent expressed confidence that the criminal case against him was fabricated due to the investigation into the connections of high-ranking FSB officers with the ritual business, which Golunov was preparing before his arrest. According to Golunov, the police used physical force against him and did not allow him to contact a lawyer for 12 hours. Amid widespread public support and violent street protests, the case against the journalist was dropped on June 11, 2019. The examination showed that there are no traces of prohibited substances on the washes from the palms and nail plates of Golunov, and his fingerprints were not found on the things seized during the search.

According to one version, the arrest of Golunov was the result of the internecine wars of the Russian power clans, and the subsequent reaction of the society helped one of them to win. One of these clans includes the head of the FSB department for Moscow and the Moscow region, Alexei Dorofeev, and his assistant, Marat Medoev, who were named among the potential customers of the fabricated case against the journalist.

Another power clan is represented by the former deputy head of the FSB’s Internal Security Service, General Oleg Feoktistov, who took part in the arrest of the ex-Minister of Economic Development of the Russian Federation Alexei Ulyukaev. The main goal of this game was to remove from the distance one of the contenders for the post of first deputy director of the FSB, and the means of achieving it was to manipulate individual police officers and the information flow aimed at President Vladimir Putin.

Also, after an internal audit, four employees of the Internal Affairs Directorate of the ZAO, who were involved in the persecution of the journalist, were dismissed. However, they were brought to criminal responsibility only six months later, when the corresponding signal came directly from the Kremlin.

On the day the police were detained in January 2020, Colonel Shchirov was interrogated in the UK. He was left in witness status after he said that he did not know about the actions of his subordinates. Later it became known that Shchirov left Russia, presumably for Montenegro.

The investigation believes that the accused purchased and planted drugs on Golunov, as a result of which a criminal case was opened against the journalist for attempted drug sale. The motive for the crime is the desire of police officers to get promoted, as well as selfish motives.

Golunov himself stated that he intends to seek fair punishment from the investigation not only for the police who detained him, but also for the customer of the crime.