The pranksters who starred in the report turned back time

Joe Tidee, a reporter for BBC News, had no idea that time had turned backwards behind him. 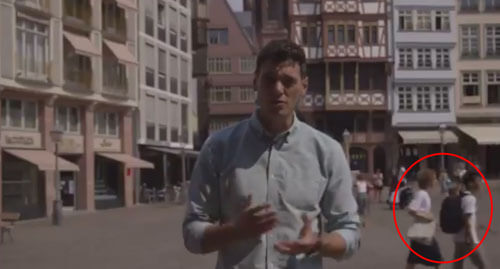 The man was in Frankfurt (Germany) and broadcast in front of the camera, but two young pranksters decided to make Joe's report more dynamic. 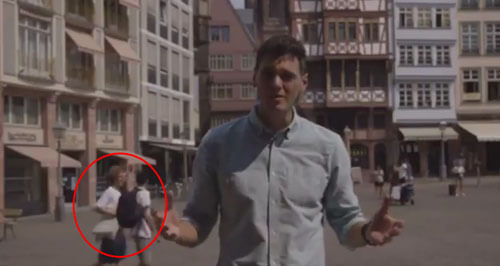 For this, the merry fellows walked backwards, as if rewinding the reality behind the journalist in the opposite direction. At the same time, Joe noticed the joke only later, when he was looking at the footage. It is worth noting that he was not offended, but appreciated the funny trick of the strangers.

Congratulations to the two guys who stealthily ruined my best on-camera work from a recent filming assignment in Germany. To be honest, I'm not even angry, it inspired. Didn't even notice it before editing. 👏 👏 👏 😂

See also: The aftermath of the typhoon brought joy to the witty stranger