The police had to work hard to help the “squirrel king”

A concerned resident of Grand Blanc (Michigan, USA) called the police and reported some strange creature, which seemed to be glued together from several squirrels. 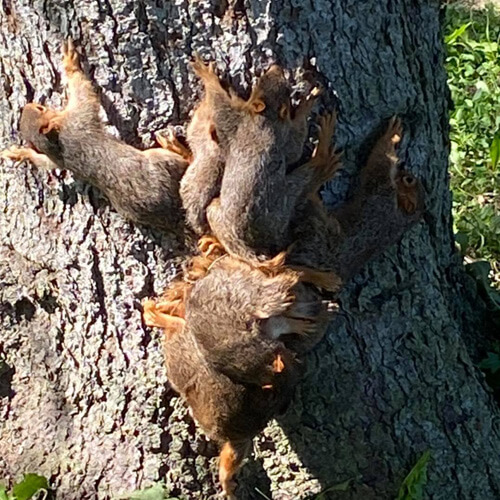 The police responded to the call and eventually found seven animals that were tightly entangled in their tails, creating such a rare phenomenon as the “squirrel king” (by analogy with the “rat king” and rats in the same trouble). 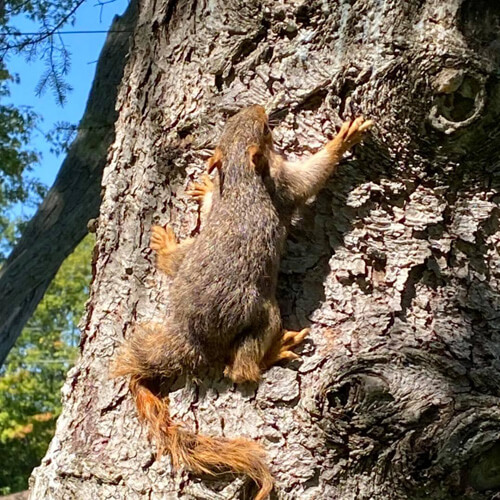 All the rodents were young, which suggested that the trouble happened to them while still in the nest. Be that as it may, but the police began to unravel and succeeded, although they had to work hard. 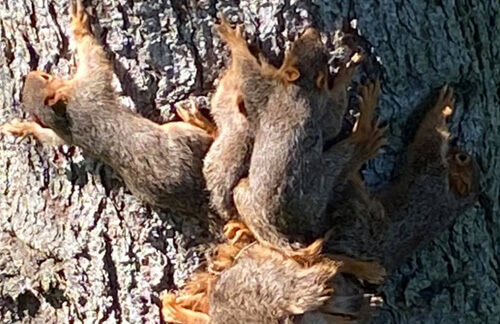 It is reported that the young squirrels, whose mother looked after the rescue from the tree, are doing well. True, their unfortunate tails are a pitiful sight, but experts are confident that over time, the tails will fully recover.