Violators and criminals are different. For example, police officers from Wausau (Wisconsin, USA) had to deal with a turkey that entered someone else’s apartment.

The bird ended up in the dwelling, breaking the window pane. And if the search for the cause of what happened turned out to be short-lived, then the capture of the turkey was somewhat delayed. The feathered hooligan was not at all going to be given into the hands of officers with a net. However, the law prevailed, and the captured bird was driven away. Now she is back in the wild, where she can reflect on her behavior. 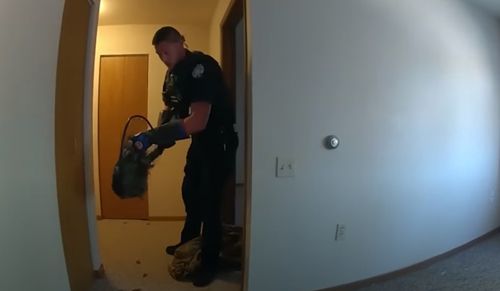 Todd Baeten, a captain in the police patrol, said the incident showed how unpredictable the police force is. The work that officers have to do can be quite unusual, because it is not every day that you have to catch insolent birds.