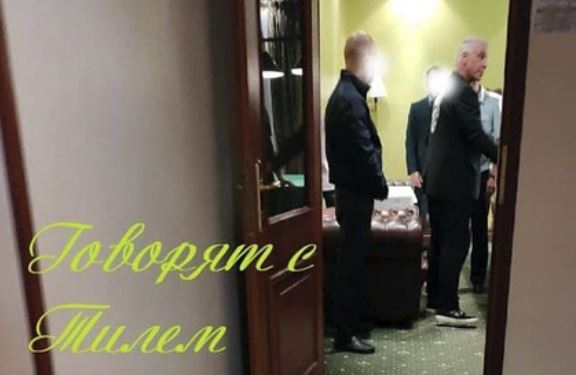 The police came to the leader of the German band Rammstein, Till Lindemann, who came to Russia to perform at a music festival. The RT Telegram channel drew attention to the corresponding photos in social networks.

According to eyewitnesses, the artist is currently in the village of Zavidovo, Tver region. The pictures posted on the network show Lindemann himself, as well as, presumably, a group of law enforcement officers.

The reason for the policeman’s visit is unknown. There is no official confirmation of the information yet.

It is known that in the near future the Rammstein frontman was supposed to perform at an event in Tver. In addition, he will be the headliner of the Spasskaya Tower International Military Music Festival. The management of the event noted that the musician “will become a special guest” and will perform on Red Square on September 4 and 5.

Lindemann is the author of the poetry collections Knife (Messer), In Silent Night (In stillen Nächten). He played in eight films and took part in the creation of the soundtrack for Timur Bekmambetov’s film Devyatayev. As part of this project, Lindemann recorded a cover of the famous Soviet song “Favorite City”.