We can safely say that these future parents from Curitiba (Brazil) dream much more of a daughter than a son.

Having thrown a gender party, the couple had no idea who exactly they were expecting, but their friends, who had stocked up with balloons and colored confetti, learned the secret from the doctor. When all this beauty fell on the husband and wife from the loader bucket, they were happy to see that the color of the balloons and confetti was pink. 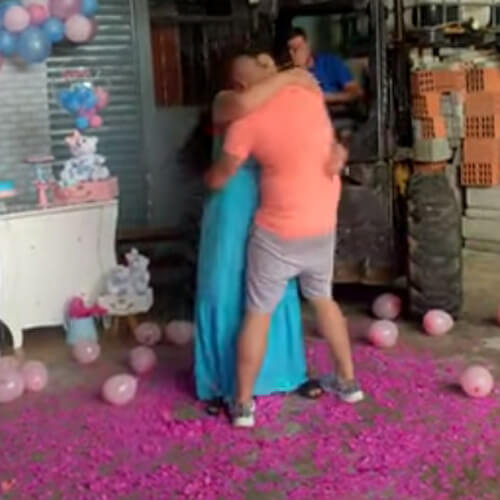 Although, the word “joy” does not even fully reflect the emotions of the heroes of the video. They noted the expectation of their daughter so violently and energetically, starting to hug and jump, that the conclusion suggests itself – the future baby will be very much loved.

To propose to a girl, a man planned a cute act of vandalism in a museum