The owners, who were walking the dog, had to flee from the bear

Jason and Rachel Smith went for a casual evening walk with their dog, but the experience was too strong. 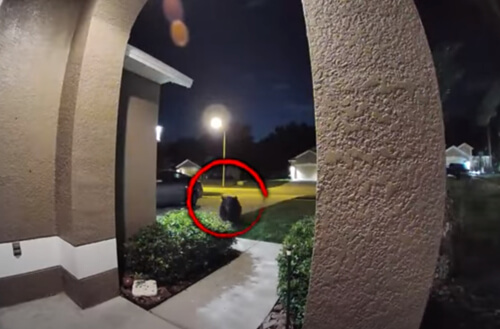 The pet was doing its important dog business, and at first everything went peacefully and calmly, but at some point the residents of Apopka (Florida, USA) noticed a bear that came out from behind a neighbor’s car. Jason’s first thought was to grab his beloved dog in his arms and run away, but he changed his mind and began to wave his arms and scream, hoping that the wild beast would retreat. But the bear was getting closer, so both the spouses and their pet rushed as fast as they could towards the house. The surveillance camera captured the very moment when Jason and Rachel run into the house, and the pet rushes after them, which, however, turned into the side of the pursuer on the very threshold. Rachel believes that in this way a small dog, feeling large, wanted to drive away the invader. Having trampled on the threshold, the bear left, but after a couple of hours he returned. The homeowners believe that the bear was attracted to the fountain in the yard, from which he wanted to drink. 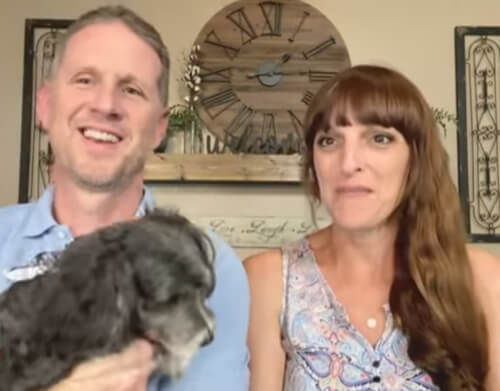 Representatives of the Florida Wildlife Commission explained that the initial actions of Jason, who wanted to scare the beast with screams, were reasonable. But it was not worth running away from the animal, because it is capable of developing considerable speed. In addition, in areas where bears appear, you need to walk dogs on leashes.

A bear who loves pastries was expelled from the city twice, but he returned again