The owner asks the townspeople to inform her about domestic peacocks that have not returned from a walk.

A resident of Topeka (Kansas, USA) left home for a short time on business, and therefore she did not even suspect that her pet peacocks had run away and went for a walk.

Anya Kearney realized what a nuisance had happened only at the moment when she saw photos published by the townspeople on social networks – of course, people did not deny themselves the pleasure of capturing exotic birds. Later, the hostess experienced at least some relief – the birds named Luna and Ginny returned home. Although Harry and Jack are still wandering somewhere. 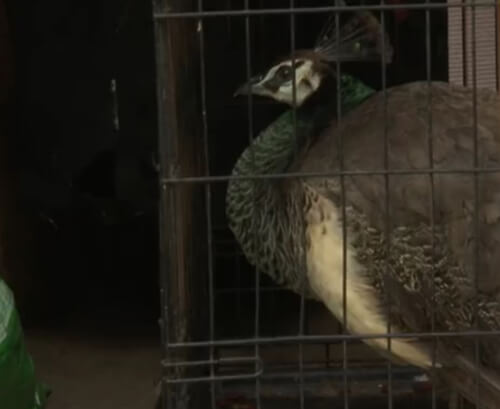 The hostess asks the townspeople to inform her of every encounter with runaway peacocks. Anya does not lose hope that there will be favorites. At the same time, the woman does not encourage people to catch birds on their own, because if they are scared, they can attack.