The neighbor’s dog came to visit to steal a pillow

A man named Brad was having dinner at a restaurant and received a notification on his smartphone that there was some kind of movement near the front door of his house. 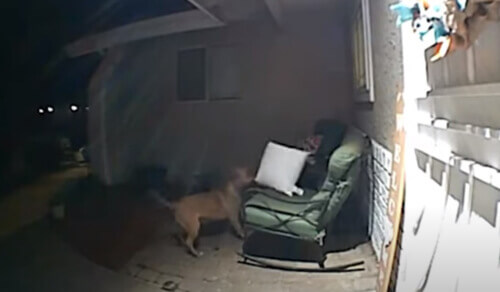 Turning on the broadcast from the surveillance camera, the homeowner could not believe his eyes. He witnessed a criminal act, and so comical that Brad laughed himself and made friends laugh in whose company he ate. 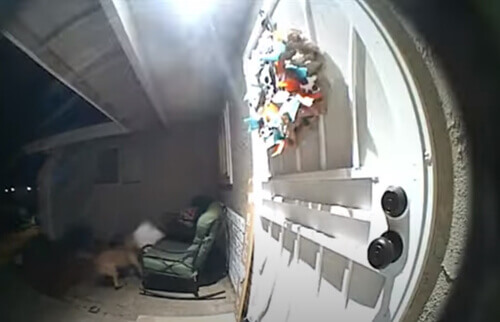 It turned out that a neighbor’s dog came to the man’s house, walking on his own. The animal liked the pillow lying on the garden sofa, so the conclusion was obvious – the thing he liked must be stolen. Brad added that, fortunately, he did not lose his pillow, because upon returning from the restaurant he found his property lying on the street not far from the house.