At first, a woman named Mira was shocked when she practically faced a terrible “monster” face to face. 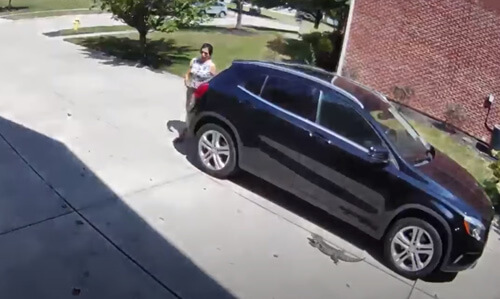 But later, the landlord reflected on this meeting, which took place near her house, and realized that a large lizard could very well be someone’s lost pet. Remembering the CCTV camera, the woman was convinced that the “monster” really got into the recording, and if so, then all that remained was to post these frames on social networks.

Soon a neighbor came to visit Mir, who had lost his domestic reptile. Fortunately, the escaped creature did not have time to get far from the scene, and therefore the man was safely reunited with his property.