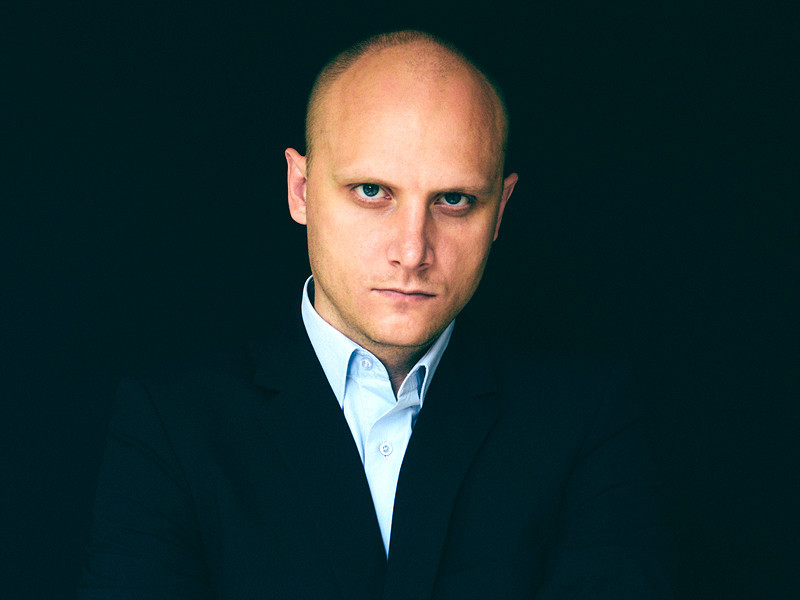 In Siberia, the police have already initiated two pre-investigation checks in a month against an amateur historian from Tomsk, the great-grandson of the executed peasant Denis Karagodin. He conducted his own investigation into the circumstances of the death of his great-grandfather during the years of Stalinist repressions and is trying to make public the names of the executioners-Chekists. However, law enforcement agencies saw signs of a number of crimes in Karagodin’s actions.

As Denis Karagodin said on his website, he may be charged with: collection and processing of personal data, libel, espionage, disclosure of state secrets and violation of privacy.

A resident of the Ryazan region Mechislav Denisovich Prokofiev applied to the police of the city of Tomsk with an application against Karagodin. He asked the security officials to conduct a check in connection with the alleged slander made against the employees of the Tomsk city department of the NKVD administration for the Novosibirsk region of the USSR, who are called mass murderers on the site of an amateur historian.

In his appeal, the applicant casts doubt on the information that got to the site of Karagodin from the official documents of the FSB of Russia.

As part of this check, Denis Karagodin was interviewed by officers of the Tomsk police on the evening of March 22.

In addition, earlier in March, the Novosibirsk police initiated an investigation against Karagodin and his website. The check was carried out on the basis of a complaint by Sergei Mityushov, who calls himself the son of Aleksey Mityushov, an employee of the NKVD department in the Novosibirsk region. Then the materials were transferred to the Investigative Committee of Russia for further investigation.

According to Denis Karagodin’s “operational data”, Prokofiev began to send complaints against him and his website to various law enforcement agencies (including the FSB) in the fall of 2020. However, following the results of an inspection carried out by the FSB, the initiation of cases under articles related to state security (espionage, disclosure of state secrets, etc.) was refused.

We add that in 2019 Mechislav Prokofiev participated as a defendant in the proceedings. A lawsuit against him in the Yekaterinburg garrison military court was filed by the head of the Federal State Military Educational Institution of Higher Education “Ryazan Guards Higher Airborne Order of Suvorov, twice Red Banner Command School named after General of the Army VF Margelov” of the Ministry of Defense of the Russian Federation. From the materials of the case it follows that Prokofiev was a cadet of the Airborne Forces School with the rank of junior sergeant, but then terminated his military service contract. In this regard, the court ruled to recover from Prokofiev over 90 thousand rubles “as a reimbursement of the federal budget funds spent on his military and special training.”

Since 2016, a graduate of the Faculty of Philosophy of Tomsk University, Denis Karagodin, has been collecting data on the death of his great-grandfather, the peasant Stepan Karagodin, during the massive repressions that those who returned to the USSR from Harbin were subjected to. As a result, about two thousand people were shot.

Stepan Karagodin was shot on charges of organizing an espionage group and working for Japanese intelligence. He was later rehabilitated. Denis Karagodin intends to establish the names of all those involved in the falsification of the criminal case and the execution of his great-grandfather, including ordinary NKVD officers.

In February 2020, Karagodin complained to the Prosecutor General of Russia about the Novosibirsk department of the FSB for an unjustified refusal to provide archival data on the repressions.

About Denis Karagodin’s investigation in Moscow, Teatre.doc decided to stage the play Sweet for Memory, written by Viktor Shenderovich.

Historian Nikita Petrov is sure that the work of Denis Karagodin is of great historical and civic significance. The scientist announced this on the air of the radio station “Echo of Moscow”.

“We must know the history of our country and those people who committed specific crimes against the population of our country. The NKVD as a system carried out the criminal instructions of the highest ruling circles of the Soviet Union. The NKVD workers are all accomplices of one big state crime,” said Nikita Petrov, who is Deputy Chairman of the Council of the Memorial Educational Center *.

The historian emphasized that Karagodin’s conclusions about the involvement of one or another NKVD officer in murders or other crimes is “not only his value judgment, which cannot be punished as libel, but it is also an opinion based on a serious documentary and evidentiary basis.” “When they try to incite society against the historian, against the researcher, against the one who studies the history of their country – this is unconsciousness and a desire not to know their history, not to know the specifics, and the truth is always specific. Historians should know the names of these people, and all the more so,” – added Nikita Petrov.

Not all the descendants of the NKVD officers involved in the execution of Stepan Karagodin are ready to settle scores with his great-grandson. In 2016, Denis Karagodin wrote a letter of apology and sympathy to the granddaughter of an NKVD officer, who, according to documents, was a regular executioner and shot 56-year-old peasant Stepan Karagodin in January 1938.

“I have not slept for several days, I just can’t and that’s it … I understand in my mind that I’m not to blame for what happened, but the feelings I feel cannot be expressed in words … My grandmother’s father (mother’s mother), my great-grandfather, was taken from home on a denunciation, in the same years as your great-grandfather, and he never returned home, and four daughters remained at home, my grandmother was the youngest … So now it turned out that there were victims in the same family, and executioners … “- wrote the officer’s granddaughter.