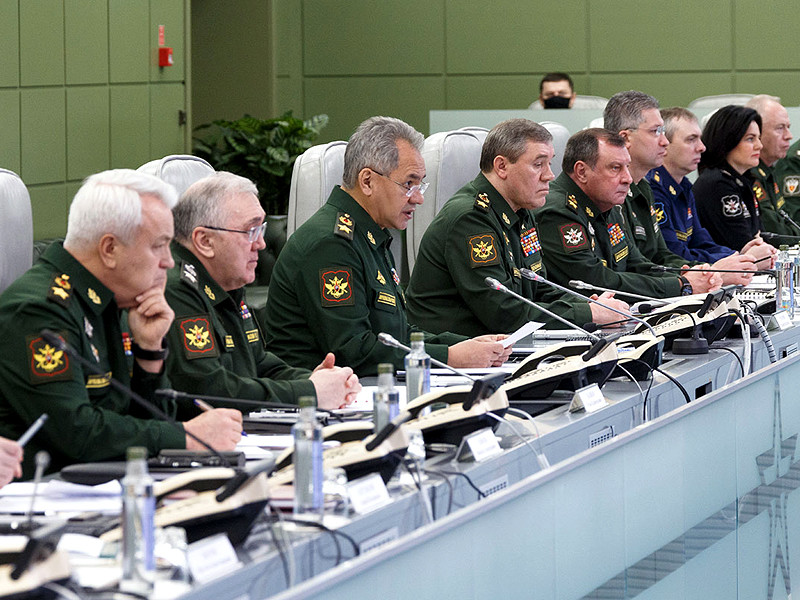 On Friday, January 29, at the National Defense Control Center of the Russian Federation, under the leadership of the head of the military department, General of the Army Sergei Shoigu, there was a Unified Day for the acceptance of military products entering service with the troops and objects of the military and social infrastructure of the Armed Forces of the Russian Federation.

Military units and defense industry enterprises from all over the country in turn contacted the National Center for Defense Management. Reports on the supply of military equipment and weapons to the troops were made by video link.

In the IV quarter of 2020, 86 new and 158 repaired units of armored weapons and equipment, 996 new and 85 repaired vehicles, more than 350 units of rocket and artillery weapons, a divisional set of the Buk-M3 anti-aircraft missile system were supplied to the Ground and Airborne Forces , more than 920 thousand units of wearable weapons and equipment, the Deputy Minister of Defense of the Russian Federation Alexei Krivoruchko reported.

During the Single Day of Acceptance of Military Products, the Ministry of Defense for the first time revealed the characteristics of the Yars-S strategic missile system with an intercontinental ballistic missile. Previously, the characteristics of the complex were not officially reported. The Yars-S mobile ground missile system “is designed to engage all types of strategic targets with the ability to maneuver.”

During the last single day of acceptance of military equipment, the commander of the Barnaul missile division, Major General Alexander Prokopenkov, said that the division was on combat duty as part of three regiments with mobile missile systems “Yars-S” and that by the end of 2021 it was expected to enter combat duty more one regiment with “Yarsy-S”. Before Barnaul “Yarsy-S” were on duty in Yoshkar-Ola.

Yars (RS-24) is a strategic missile system with a solid-propellant intercontinental ballistic missile, mobile and stationary, with a multiple warhead. As reported, the Teikovskaya, Yoshkar-Olinskaya, Nizhny Tagil, Novosibirsk and Irkutsk missile divisions have been fully re-equipped with mobile-based Yars complexes. The Barnaul and Bologovskaya divisions are being re-equipped with mobile-based complexes and the Kozelsk division with a stationary-based complex.

In addition, on the day of acceptance of military products, the Minister of Defense of the Russian Federation Sergei Shoigu was informed that the first fighter of the fifth generation, the Su-57, had already been manufactured and handed over to the Ministry of Defense. This unique aircraft outperforms its closest competitor – the American F35. The Su-57 has more speed, flight range, combat load, and maneuverability. He can land and take off in small lanes and evade pursuit at supersonic speed, not including the afterburner.

This fighter is designed to destroy all types of air, ground and surface targets. The aircraft has a supersonic cruising speed, in-body armament, a radio-absorbing coating (stealth technology), as well as the latest complex of onboard equipment.