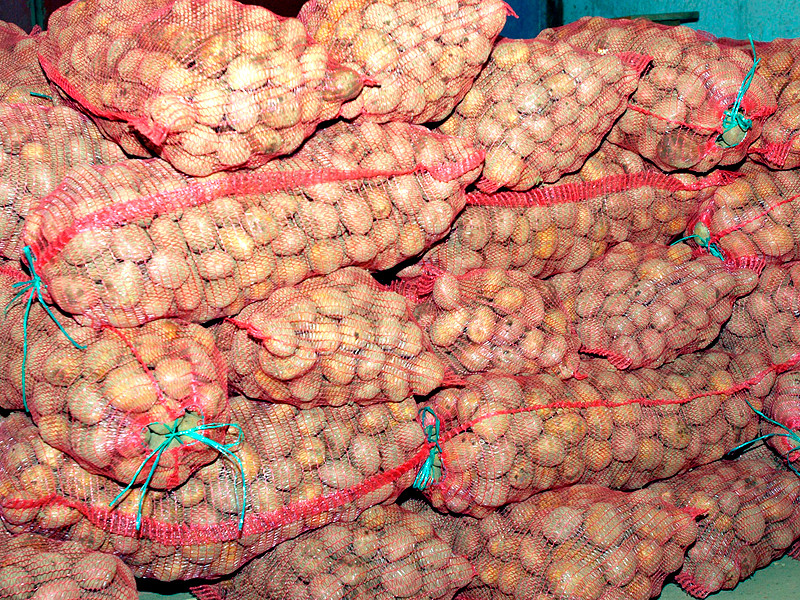 According to the department, “the inclusion of 35-55 mm potatoes in the assortment of retail chains will allow increasing sales of agricultural products, reducing their costs, and expanding the offer of products to consumers.”

As the chairman of the Potato Union Sergei Lupekhin told reporters, small-caliber potatoes are not inferior in quality to larger ones. “These are the same potatoes, just a different size – not rotten or sprouted, but the most common,” he said. “They are in great demand, for example, for baking, which is the healthiest way of cooking and consuming them.”

To introduce it into the assortment, adds Sergey Lupekhin, “we are ready to go for additional costs at the request of the chains.” “In order to exclude re-grading, potatoes will be finely packaged – 2.5-3 kg each in a net. This is the optimal packaging for the consumer, which allows evaluating the quality and freshness of the product,” he assures. According to the head of the Potato Union, this measure will also help curb the rise in prices for potatoes.

Rosstat reported this week that consumer prices for potatoes rose 2.1% from January 12 to 18. And over the year, the average prices for potatoes increased by 40%, including due to a decrease in harvest, writes Kommersant. The sharp rise in the cost of potatoes was discussed at the Ministry of Agriculture at a meeting on January 20.

Tatyana Gubina, chief of staff of the Potato Union, points out that the price of potatoes is fair: the reason for the current growth is the effect of a low base. The Fruit and Vegetable Union points out that over the past ten years, the wholesale price as a whole has increased by 11%, while inflation during this time was 91%. If this trend continues, then there is a high probability of a reduction in potato production in the future due to a decrease in margins, warns the director of the Fruit and Vegetable Union Mikhail Glushkov.

The shortage of potatoes is already leading to an increase in imports. According to the Institute for Agricultural Market Studies (IKAR), in September-November, potato imports increased from 3.6 thousand to 15 thousand tons compared to 2019. IKAR CEO Dmitry Rylko points out that the numbers seem insignificant, but we are talking about the period during the season when Russian potatoes are usually enough. And prices this year for imported potatoes were high due to the devaluation of the ruble.

IKAR expects high import volumes in February, which causes further price increases. The press service of the Verny chain confirmed that potatoes from Egypt will appear on the chain in February and will be twice as expensive as domestic ones.

Recall that in December, shortly before the traditional press conference, Vladimir Putin publicly expressed his dissatisfaction with the rise in food prices. Since then, the authorities have adopted a series of populist decisions to limit the rise in prices for sugar, bread and sunflower oil.

Meanwhile, economists warn that a return to direct price regulation, as was the case in the Soviet Union under the planned economy, will entail even greater problems in supplying the population with food. First of all, price regulation creates a shortage of goods.

“If prices really begin to be tightly regulated, we will get a situation where the entire agricultural industry will be in ruins – this is after the whole country was thrown off in 2014 under the slogan of import substitution to raise our producers,” Rector of the NES Ruben Enikolopov told The Bell – A strict price restriction will lead to a shortage of the product – no one will sell goods at non-market prices.If prices are softer – due to the export duty – the manufacturer will not leave the market, but the profitability of the business will begin to disappear, and everything will start to enter the industry less investment. By the way, this is another indicator that it is impossible to make long-term investments in Russia – because as soon as you start making a profit, the state comes and takes it. “