The meaning of phraseology “The bear has stepped on the ear” 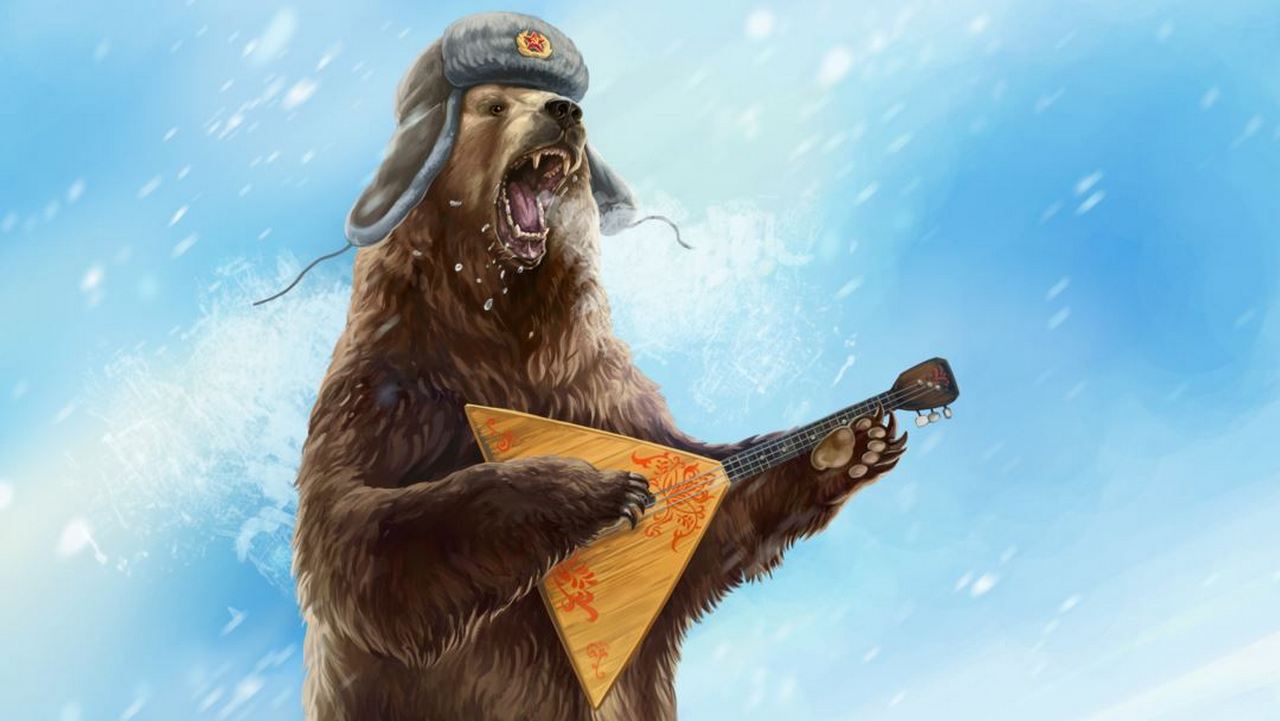 The phraseological units associated with the bear attract the most close attention of foreigners, because this beast is considered a Russian national symbol.

But what is the meaning of this? Are they hinting at someone's huge growth? Or want to emphasize clumsiness, sluggishness?

And what happens to a person when a bear steps in his ear? Let's think about it together.

Expression “The bear has stepped on the ear” as a rule, they characterize people who have absolutely no ability to music or are simply hearing impaired.

Such a grief-musician cannot adequately reproduce the scale, is false while playing an instrument or performing a song.

Most often, it is not possible to correct the oversight, since the lack of musical sensitivity is most often inherent.

For example, a phrase about a bear allegedly guilty of a singing failure can be heard at an audition at a music school. “You must have a bear in your ear — we can't take you!” - the vocal teacher will say to the failed student.

Often this idiom sounds like a self-characterization, when a person is asked to sing in a friendly company, and he refusing and embarrassed says, “I can’t, my dears! The clubfoot in my ears not only passed, but also trod over. ”

It’s strange today to blame your flaw for a meeting with the owner of the forest. Phraseologism has long been used in a figurative sense, but in the old days such an explanation could well be taken literally.

The origin of the expression

Among the Slavs, the bear was considered a sacred animal. The hunt for him was equated with a duel with the spirit of the forest, and the forest was identified with a strange, hidden, hostile space.

The best human properties were attributed to the forest owner: wisdom, strength, power. In fairy tales, bears are respectfully called by their first name and patronymic. Echoes of these sacred beliefs are in phraseology.

Thanks to the greatest test of the masculine valor of our ancestors - the bear hunt - such expressions as “climb on the rampage”, “share the skin of an unkilled bear”, “the bear has stepped on the ear” have appeared.

The power of the beast was such that not everyone could cope with it. Even the most powerful warriors were in mortal danger. Peaceful in itself, the animal became merciless when it realized that a person was coming at him with war.

The wild giant could break, crushing under itself and crushing the hunter to the ground. If a person did not die, then for the rest of his life he remained a cripple. Many lost their hearing, and with it other abilities for an adequate perception of the world.

They said about such people: "He is a crippled bear." The expression about an ear that experienced the severity of a bear's paw originally had a similar meaning.

Later, he concentrated exclusively in the field of hearing and musical abilities.

Among the phraseological units that are close to our idiom in meaning, the most striking is the expression about another giant beast: an elephant has stepped on an ear.

Hearing impaired people are also scolded by “deaf aunts”, they are also spoken about: He is blunt / hard of hearing.

With foreign synonyms, the situation is even more interesting. The British speak with humor about mediocre singers:

In any language, the rebuke sounds insulting. Yes, and what to hide: the feeling that someone heavy has walked through your head rarely inspires exploits. However, do not lose heart.

Perhaps the bear stepped only on the ear, and the golden hands and falcon eyes did not hurt.

So instead of getting upset at the lack of hearing, look for other talents. (And save them from clubfoot!)