The maximum price for gas in Europe has been announced 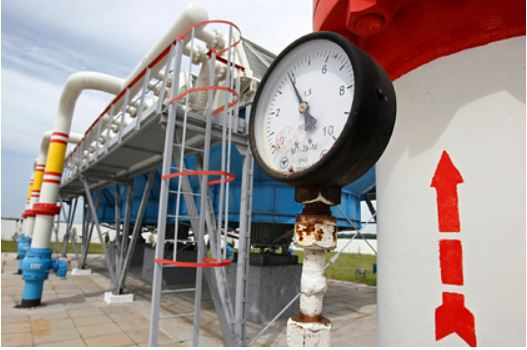 Sergei Pikin, director of the Energy Development Fund and energy expert, said that the price of gas on the European market could reach $ 1,200 per cubic meter. In an interview with Lenta.ru, the specialist explained the sharp jump in the cost of fuel by arbitration between two markets – European and Asian.

The rate of growth of exchange prices for gas in Europe and the reaction of the authorities to it indicate that the region entered a full-fledged gas crisis at the beginning of autumn. Prices have quadrupled since spring, approaching the critical level of $ 1,000 per 1,000 cubic meters.

Over the month, fuel has risen in price by more than one and a half times, and the dynamics of the last few days speaks of panic. Last week, the price approached the level of $ 700, and on Wednesday, September 15, it rose above $ 950 per thousand cubic meters.

Pikin explained why the European gas market has been storming in the past few months. “There are two markets – Asian and European. Gas flowing through gas pipelines is a constant. Its volumes remain unchanged, that is, Gazprom will not supply any more. All changes in gas volumes that come to Europe and Asia are generated by liquefied gas. It is produced in the world by a certain number of states, including Qatar, Russia, USA, Australia and so on. So, for gas to go to any of these markets, Asian or European, a high price is required. Until recently, when prices were relatively low in Europe, almost all gas went to Asia. And Europe was content with crumbs. In order for the gas to flow to them, what needs to be done, what should be done? Increase the price. The range of 900-1000 is the range of the trade reversal towards Europe, ”the energy expert said.

In his opinion, the maximum gas price will come at around $ 1,200 per cubic meter. According to Pikin’s forecast, such a cost for fuel can be expected in early October.

“Then new volumes of liquefied gas will go to Europe and, according to our forecasts, a new branch of the Nord Stream will start working, and the constant will change accordingly. This is what the Europeans are waiting for, then the price will start to decline, or at least stop growing, ”the expert said. According to him, it is safe to say that the price will not reach such a height. “If the winter is conditionally as cold as last year, and there is intense competition for gas, then we can update the historical record. Whether it will go up to $ 1200 per cubic meter – I do not know, but if you are asking about the maximum price, I gave it to you. From 1000 dollars, in fact, it is already quite a serious psychologically figure, ”Pikin noted.

He said that for Gazprom this will obviously result in an increase in revenues, and for Russia – an increase in export taxes and corresponding duties. However, as Pikin emphasized, this does not mean that it is now profitable for the largest Russian energy company to slow down the launch of Nord Stream 2. “The current level of 950 is the price in the Netherlands, at their gas hub. Gazprom does not have a price of 950. They supply something to the Netherlands, but the main supplies go to Germany. And there the price is not even $ 900. Why is the price so high in Holland? Because they depend on LPG. And liquefied gas goes to Asia, and in order to return it, you need to raise the price in Europe. That’s all, ”the energy expert explained and added:“ Gazprom needs to launch Nord Stream the sooner the better. ”

In Europe, the volume of gas in gas storage facilities is at multi-year lows, and there is nowhere to replenish it. Environmental reforms turned out to be a new negative factor. It would be possible to send additional volumes to storage facilities and prevent an explosive rise in prices with the help of a one-time increase in coal generation. However, the closure of coal plants ruled out this possibility. For example, in the UK there are only two coal-fired thermal power plants in operation, their capacity is not enough.