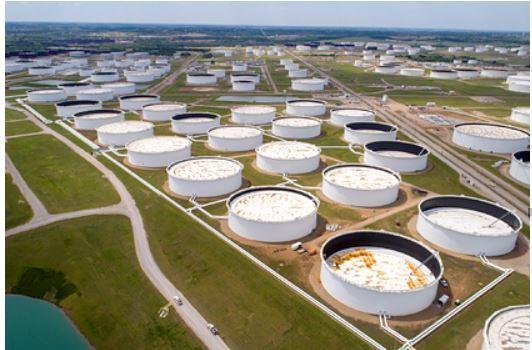 Some of the world's largest oil traders have decided to brace for a significant surplus of raw materials due to the coronavirus crisis. They lease giant tankers to be ready to store unnecessary barrels when needed, Bloomberg writes.

The oil market is waiting for a surplus, the newspaper notes. Trafigura Group, the second largest independent oil trader in the world, recently booked about 12 supertankers, which can hold a total of 24 million barrels of crude. Royal Dutch Shell, Vitol Group and Lukoil also decided to hire additional vessels.

Earlier this year, millions of barrels were stored on tankers as demand for oil plummeted and producing countries were unable to cut production quickly.

Earlier, OPEC downgraded the forecast for global oil demand in 2020. Experts expect a drop of 9.1 million barrels per day (to 90.6 million), which is 0.1 million barrels more than previously predicted. At the same time, in 2021, the organization expects a record high growth in demand - by 7 million barrels (up to 97.6).