Doctors from the Aswan University Hospital (Egypt) were very surprised when another patient came to them. 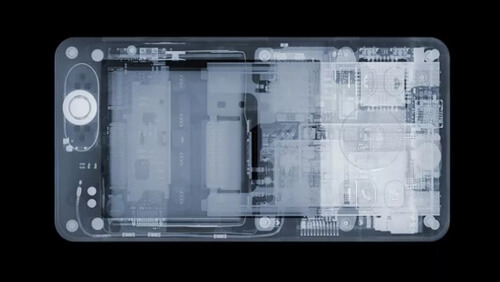 At first, the men did not see any oddities in their complaints – he suffered from stomach pains. But the cause of the ailment turned out to be unusual. Having sent the patient for x-rays, the doctors saw that there was a mobile phone inside his body. 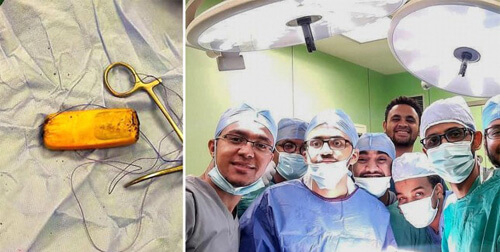 The embarrassed poor fellow did not expand on why he swallowed his mobile phone, but explained that he did it six months ago. 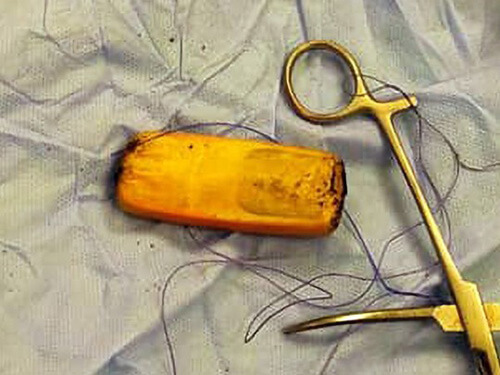 By the way, it was shame that prevented him from seeking professional help all this time. The man hoped that the swallowed apparatus would come out naturally and came to the clinic only when the pains became unbearable. 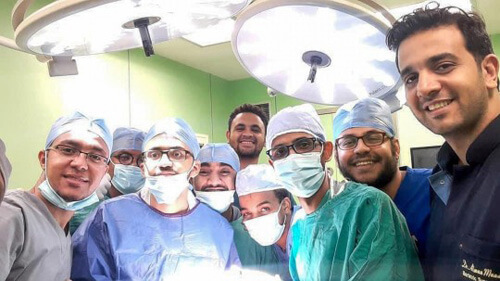 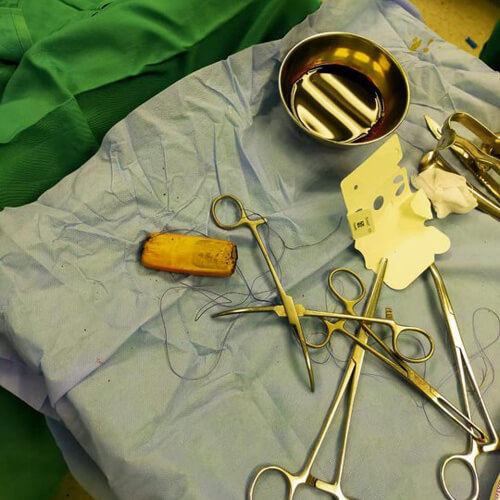 The patient was sent for an urgent operation, which lasted about two hours and was crowned with success. We can only add that the lover of swallowing foreign objects was very lucky – for six months the phone did not have any negative effect on the owner’s body.

A dog who eaten gum almost died from poisoning