The main women in the life of Vasily Lanovoy are named 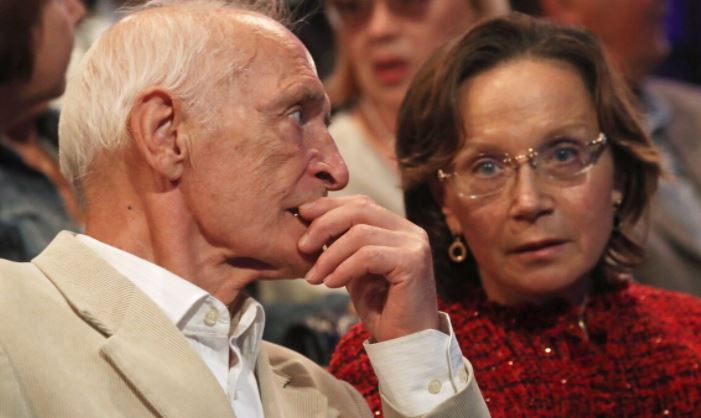 For the artist Vasily Lanov, thanks to his roles in the cinema, the status of a ladies’ man was entrenched. It is known that the heart of a movie star was taken five times.

In his youth, Lanovoy was a romantic young man and knew how to gallantly court. When he was studying in a theater studio, the artist met a girl named Lydia. He showed signs of attention, but the love story did not develop into something serious.

Ballerina Galina Ulanova was one of the main women of the People’s Artist in her youth. They met at a party with friends. At first, the artist did not pay attention to the ballerina, but by the end of the evening he was fascinated by her. Until the end of her life, the star singled out the artist among her admirers, but, as it turned out, there were friendly feelings between Galina and Vasily. Although later Vasily Semenovich admitted that he loved a ballerina to unconsciousness.

The first wife was Lanovoy’s classmate at the Shchukin Theater School, Tatyana Samoilova. They got married in 1955, but they did not manage to live a long and happy life in marriage. The couple divorced three years later. According to Samoilova, the reason was their schedule – the demanded artist was practically not at home.

After an unsuccessful marriage, Vasily Semenovich was not afraid to marry again. Tamara Zyablova, an actress and director, became the artist’s new life partner. They were married for a happy ten years (from 1961 to 1971). They could have been together for many more years, but their happiness was destroyed by a car accident in which Tamara fell.

The artist’s third wife was Irina Kupchenko, with whom he lived from 1972 until the end of his days. In this marriage, the star had two children – sons Alexander and Sergei. The couple were together both in life and on stage. Serious difficulties fell on the way of the stars, for example, the death of the youngest child, which they managed to survive.

Vasily Lanovoy passed away on January 28. He was 87 years old. People’s Artist of the USSR died in intensive care, where he was transferred due to the deterioration of health against the background of COVID-19.