The main tournament of the Galaxy is in Russia! How skaters will live without the Grand Prix series

Bronze medalist of the Universiade in Krasnoyarsk Stanislav Konstantinova had a terrible season. She lost the fight to a transitional age and overweight, did not hold a single tournament cleanly and flew out of the Russian national team. In the offseason, she decided on powerful changes and left the coach with whom she had worked since childhood. Stasa really wants to become the best version of herself and prove to the whole world that she is a truly top skater. She has already restored all the jumps, gained a good shape, but she still does not train programs - after all, there are no tournaments on the horizon, and without them it is meaningless.

- She performs all the elements, but now they need to be harmoniously introduced into an arbitrary program and made stable in it. The programs themselves are practically delivered, Martin Dagenet is working with her, there are some details left. There is no point in rolling out the entire program yet, because we do not know what to skate for. Nobody understands when the next competition will be, - complains the coach of the Academy "Plushenko's Angels" Alexander Volkov.

And all Russian figure skaters are in the same situation as Konstantinova. In between workouts, someone rests in the Crimea, someone plays golf. And what else to do if there is really nothing to prepare for? Usually the season starts in September. And in this period, the most active phase of preparation should begin - the perfecting of new programs for the test skates of the Russian national team. But now only April is listed on the website of the Russian Figure Skating Federation, and even then with the sad mark "canceled" next to each competition. 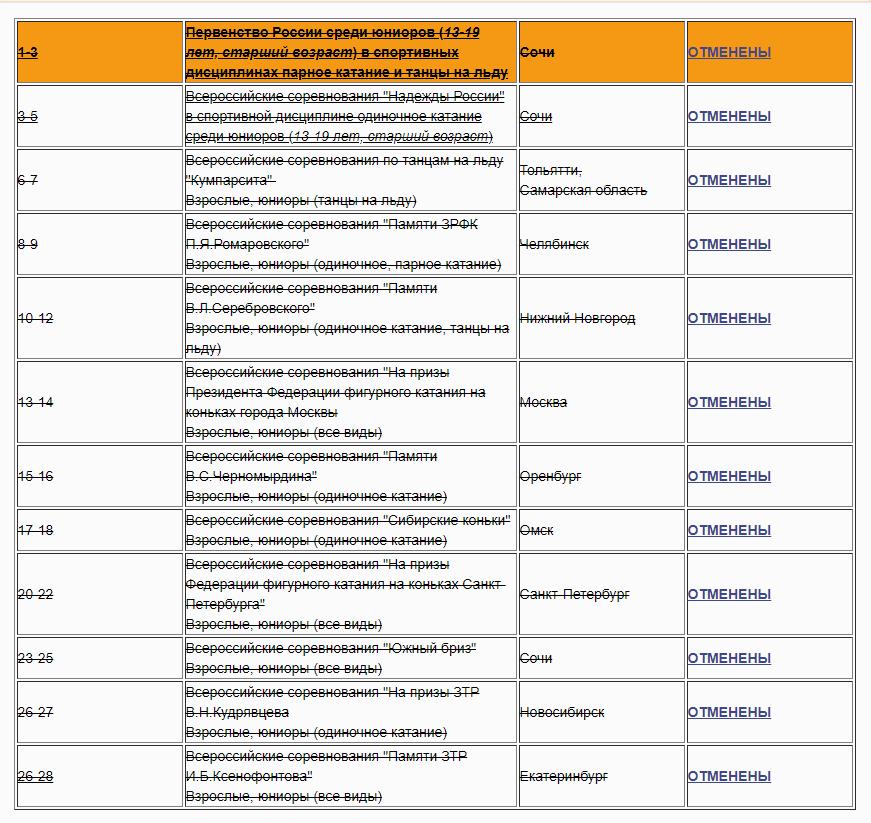 Therefore, now all skaters seem to be in a vacuum. Yes, they were allowed to train at sports facilities. But for what? In sports, there are always goals: long-term goals or for the next tournament. And now it turns out that there is simply no next tournament.

We have not skated so much, we are slowly getting into shape. It would be strange now to perform all the elements stably. Because then there would be some kind of recession. When you don't need it. It's harder now than usual because I love clarity. When I know what I'm preparing for. So there is now some kind of clouding in the mind 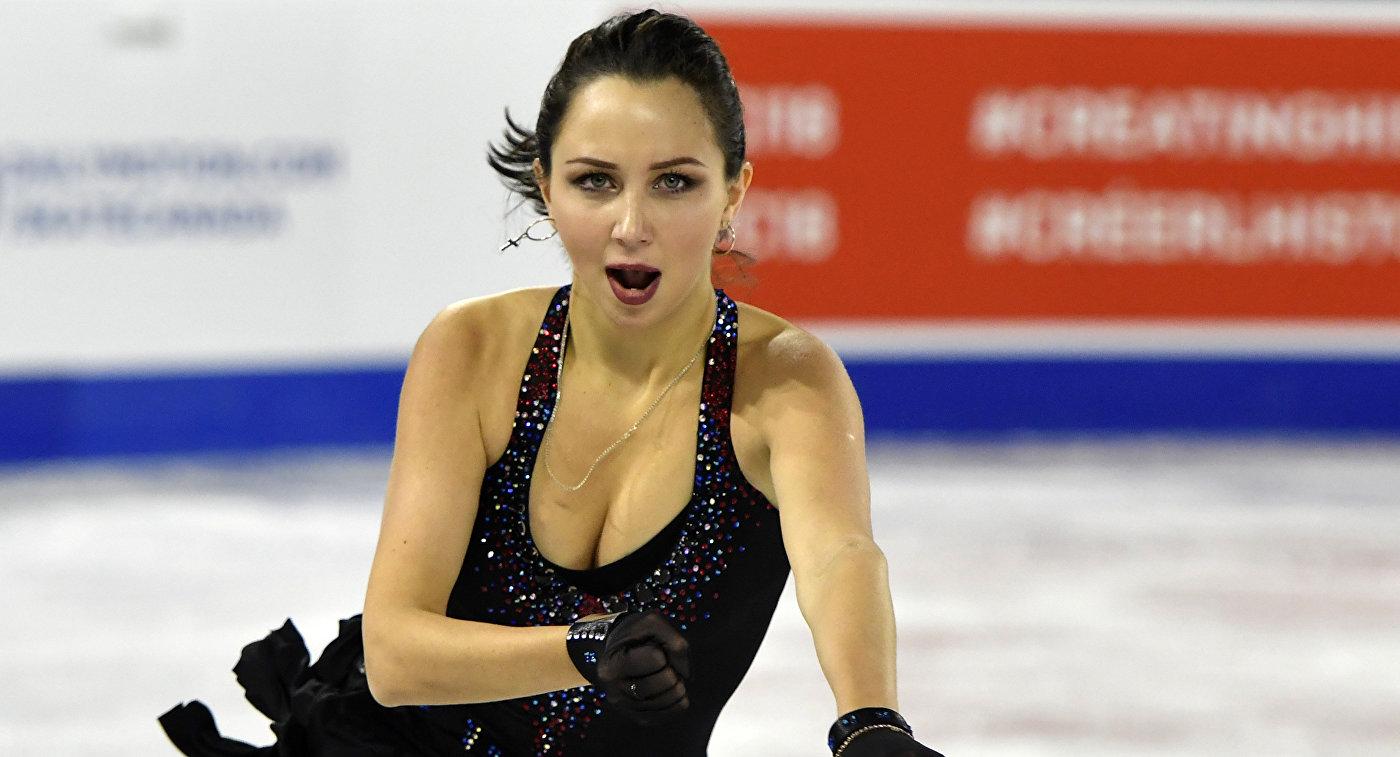 Even greater concern for the fate of future tournaments is caused by the decision of the international federation to cancel the junior Grand Prix series. ISU has taken into account the still difficult situation with the coronavirus in the world. The number of cases is still high, and borders are mostly closed. Some countries, for example Japan, even made a statement that their athletes would not be allowed anywhere. Of course, all these measures are taken for the sake of safety, but this does not make the future of tournaments clearer. Most likely, the same fate can befall the adult series, which usually attracts all eyes in the first half of the season.

We can talk about anything now, but we don't even know what will happen tomorrow. Likewise, the Senior Grand Prix and the World Championship can be canceled. I don't know how ISU will get out of this situation. Probably find some kind of compromise 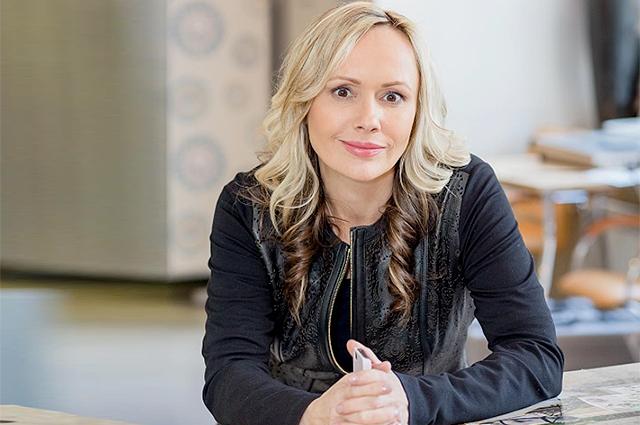 The Junior Grand Prix series usually runs from September to October. In October, adulthood begins. The likelihood that it will be canceled or postponed is very high, everything will be decided on August 3. But then what should top athletes do? The main tournament in the history of the Galaxy - the Russian Cup - comes to the rescue!

In Russia, sports competitions are already in full swing: the football season has already finished and are preparing to start a new one. So the stages of the Russian Cup should definitely take place. Another thing is that usually this tournament does not arouse much interest, because, as a rule, those who could not adequately perform at international competitions take part in it. Thus, it serves as a selection for the Russian championship - one of the most competitive world tournaments in terms of women's single skating. After all, no country in the world has so many strong skaters. Another thing is that selection exists only formally: superstars are allowed on it anyway. But in today's situation, you will have to fight for the right to go to the harsh Chelyabinsk!

The exception was last season, when in the final of the Russian Cup two world champions, Evgenia Medvedeva and Elizaveta Tuktamysheva, fought for the right to compete in the world championship. It seems that the tradition of such battles can be supported by this one.

Judge for yourself: there are no international tournaments, but you need to keep fit. Especially if in the second half of the season the epidemiological situation will allow ISU to hold competitions. In such a situation, the Russian Cup is the best solution. Just imagine: Medvedeva, Zagitova, Kostornaya, Trusova, Shcherbakov, Tuktamysheva, Konstantinov, Samodurov ... God, this is really a dream tournament!

And if we also make it open, that is, allow foreign athletes to take part, then this is just the level of the World Championship, which will be held in the Russian outback, where there is no coronavirus. The solution seems to be ideal from all sides, a colossal audience interest is definitely guaranteed. It remains to be seen whether our federation will take such a risk. And if so, then the Russian Cup will finally become the main tournament of the Galaxy!