The main secret of the S-400. What frightened the French scouts in the Black Sea

Foreign reconnaissance ships often visit the Black Sea, but this is almost the first time NATO sailors are carrying out overt espionage missions.

All warships visiting the Black Sea are required to comply with the Montreux doctrine. According to it, other states have the opportunity to send to the Black Sea basin, but with significant restrictions - no more than 30 thousand tons for a period of no more than 21 days. Often the Black Sea region is visited by warships whose home port is far from the Black Sea. For example, the Canadian frigate "Toronto" and the British "Reggele Ferdinand" have visited the Black Sea. All of them enter the water area not only to demonstrate the flag, but also for purely practical purposes. 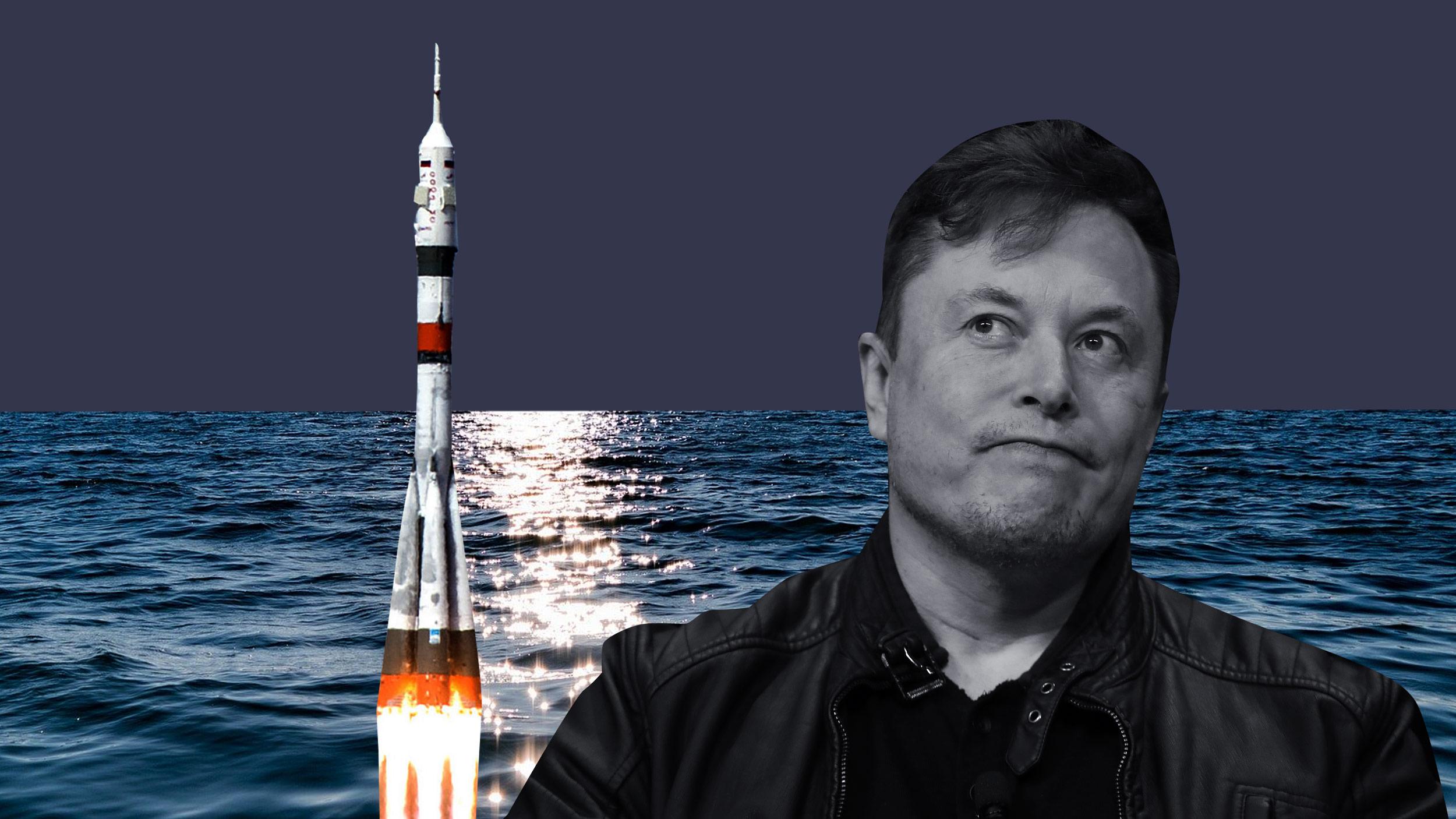 Battle for space. "Sea Launch" will be put up against Elon Musk

In the future, the sea cosmodrome can significantly reduce the cost of launches for any customers.


How such a "demonstration of determination" can end, can be well told by the sailors of the American destroyer Donald Cook, who in 2014 decided to deliberately enter the area of ​​permanent presence of the Black Sea Fleet ships. The inclusion of the Bastion coastal defense system and the irradiation of the ship was then enough for the American ship to describe the "eight" on the surface of the sea and at full speed rushed off into the sunset. Since 2014, the Russian military began to regularly build up its grouping in Crimea, and without exception, the details and subtleties of the operation of military systems began to interest the American military.

Retired captain of the first rank Sergei Molko noted that collecting an electronic databank with signals from Russian military equipment is a routine procedure for the American military, but it is more and more difficult for the Americans to carry out these operations each time.

Everything changed after the Caucasus-2012 exercise. Then the command and control system began to be used in a completely new way. The Americans learned that such exercises were carried out from the news, not from intelligence. From a security point of view, the electronic warfare forces then managed to create an electronic dome around the exercise area. This strategy took root, and in Crimea the military did the same, just at a different level.

From the air and from the sea

In 2015, after the start of the large-scale rearmament of the Black Sea Fleet, Vladimir Putin will utter historic words. "We made a fortress out of Crimea"- said the president then. There is no mistake in this statement. Crimea has indeed become impenetrable to all prying eyes, both from the air and from the sea. In addition to the Bastion complexes with cruise missiles, ultra-modern Su-30 aircraft of the naval aviation of the Russian Navy, modern frigates with Kalibr missile systems appeared in Crimea, and in the near future they will be accompanied by two Russian Mistrals built according to Project 23900 Priboy ". 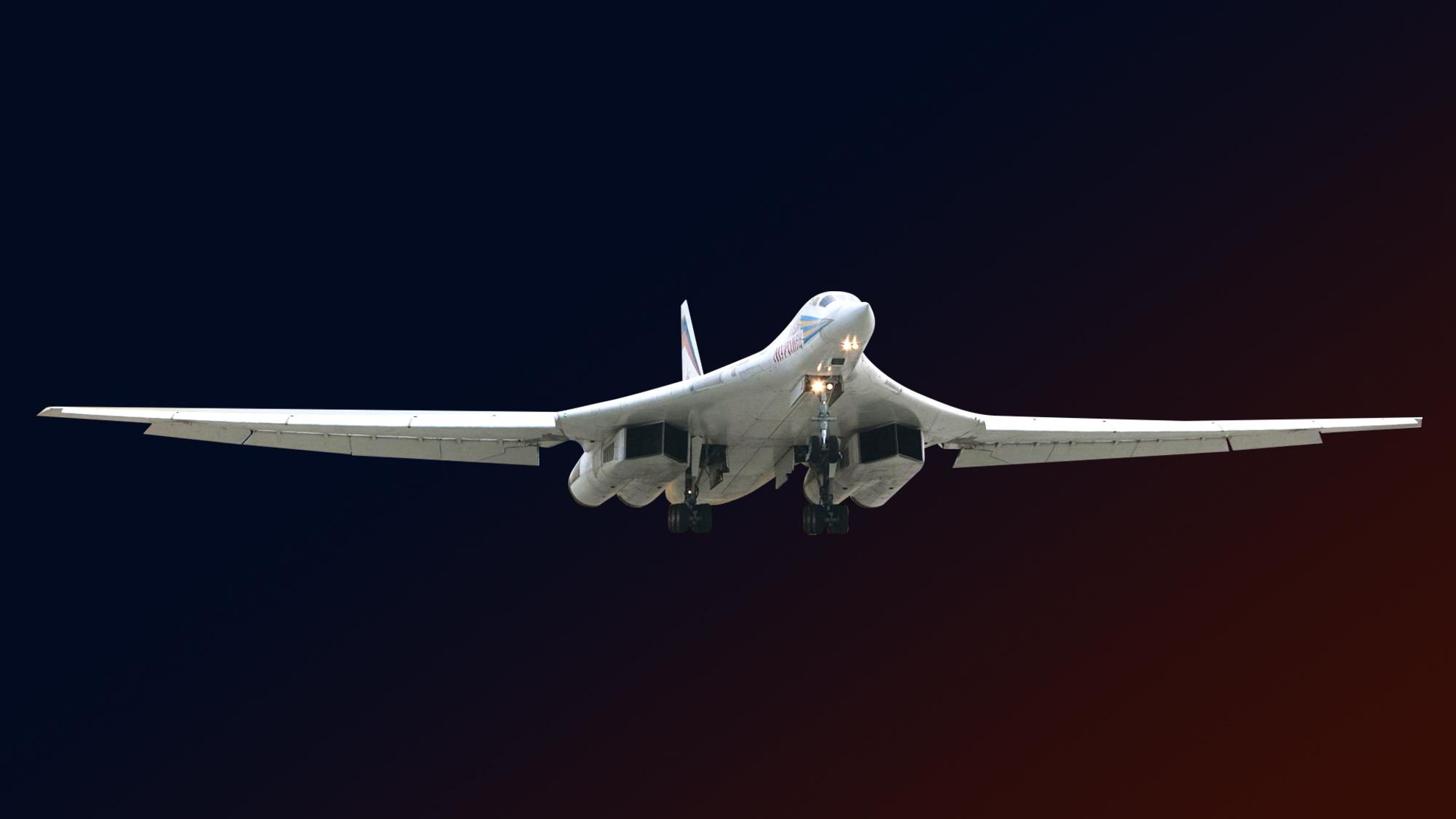 Return of "Black Jack". Why the Russian Tu-160 was named the most dangerous aircraft in the world

It is not the first year that they have been trying to create an analogue of the Russian nuclear weapon carrier abroad.

The S-400 complexes are responsible for protecting the airspace in Crimea, the secret of which is of interest to many countries of the world, including those located across the ocean from the peninsula. American RQ-4 Global Hawk drones and RC-135 reconnaissance aircraft fly over Crimea regularly. Both aircraft are equipped with a powerful active-passive antenna, thanks to which the US military has been trying for many years to "capture" the characteristics and frequencies of the entire military infrastructure of the Crimea, including the S-400 complexes. However, the presence of American aircraft often plays against the American military. To prevent the latter from being accused of dangerous behavior, NATO ships and planes are sent to get Russian military secrets from neutral waters near Crimea.

There is something to see

The United States and NATO "partners" devote significant resources to uncovering the main military secrets in Crimea. The US military is trying to do this with the help of colleagues from NATO. For example, while the US Air Force B-52 reconnaissance aircraft patrolled at the very edge of international airspace, the French reconnaissance ship Dupuy de Lome "probed" the radio frequency situation over the Crimea. From the point of view of technical equipment, there is nothing remarkable about it - an ordinary, if not ordinary, reconnaissance ship. On the other hand, the objects that the French ship with a displacement of 3.5 thousand tons tried to "probe" are of exceptional interest to the US and NATO military. 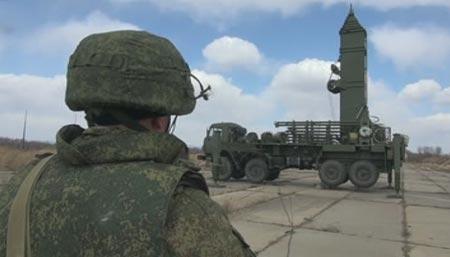 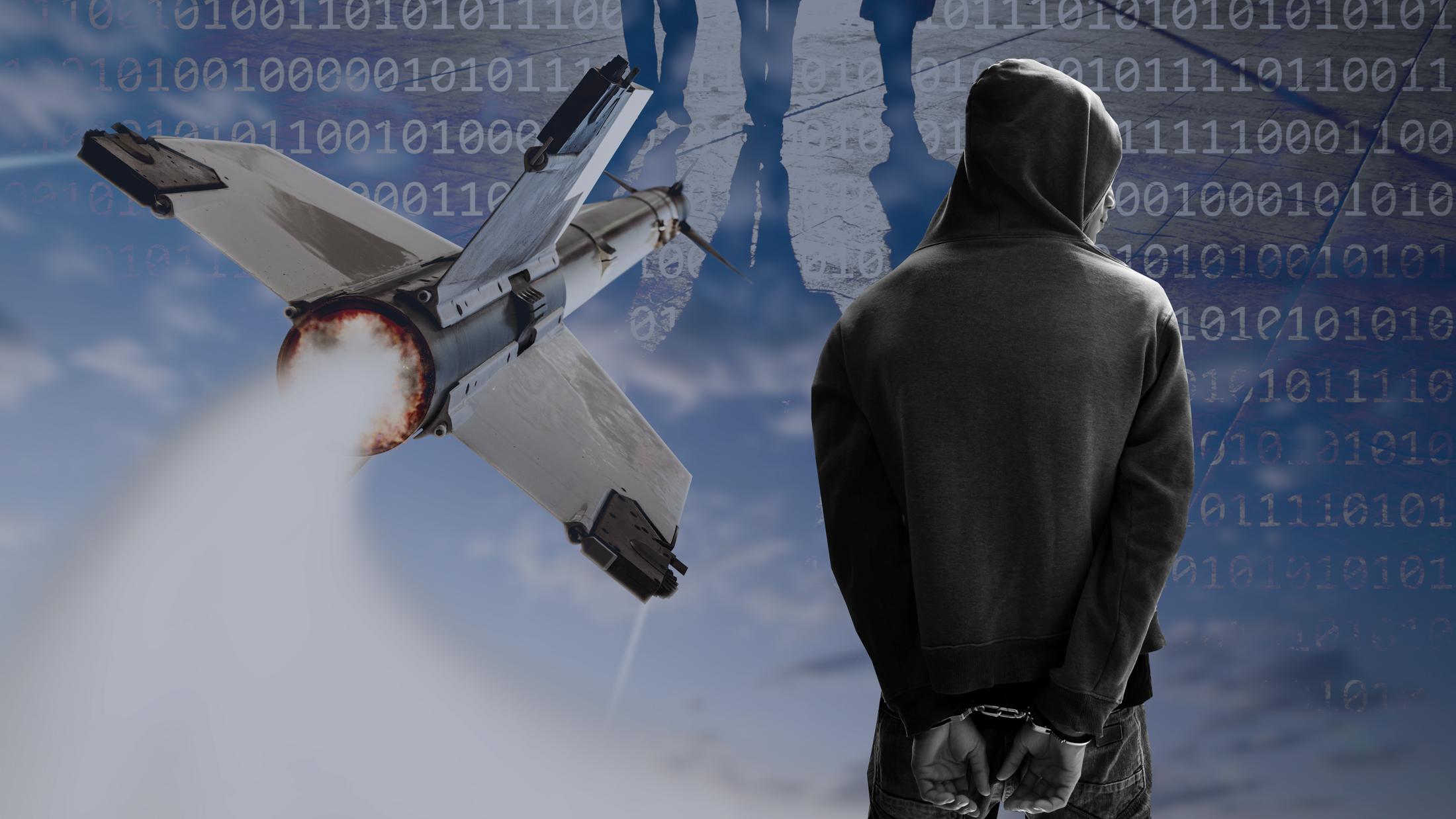 Steal the keys to a nuclear missile. The Strategic Missile Forces detained a Ukrainian spy

Now counterintelligence, the investigation and the military have to answer a lot of questions.

Blow to the ears

The French publication Air & Cosmos noted that from the point of view of security, the Crimea peninsula and the base of the Black Sea Fleet are "ultra-protected" from all points of view. The Crimean group of forces includes at least 85 fighters, ships with Caliber missiles and S-400 complexes that can destroy any enemy. However, the French reconnaissance ship did not come under rocket fire, but left the area of ​​the reconnaissance operation even faster than the American B-52 aircraft. The sources of Life in the defense industry explain the trick with the disappearance simply - the French could be "illuminated" from the shore.

Here again it is necessary to recall the story of the destroyer "Donald Cook". After the Monolith guidance station was switched on (it measures the target parameters - range, speed, size, type), the Americans decided not to tempt fate and left the Black Sea. The French military could test their strength not only with the Monolith, but also with the Krasukha - an electronic warfare complex that "crushes" all communication channels and practically paralyzes the operation of any equipment. Its military could turn on in response to the approach of a French reconnaissance ship to Russian territorial waters.

According to the candidate of technical sciences, one of the creators of the "Mandat" electronic warfare complex, Sergei Vlashkov, the American warship and the French ship failed to obtain data on Russian military installations in Crimea.

Americans even buy some information about Russian military equipment from other countries. It's not a secret already. It is becoming more and more difficult to spy on our own - planes are intercepted, they know the flight routes of drones. Stealth is almost zero. So you have to do a feint with your ears in order to collect at least some grains of information. There is no danger for the S-400. Electronic warfare covers the entire group like a warm duvet in cold weather

Candidate of Technical Sciences, one of the creators of the "Mandat" electronic warfare complex 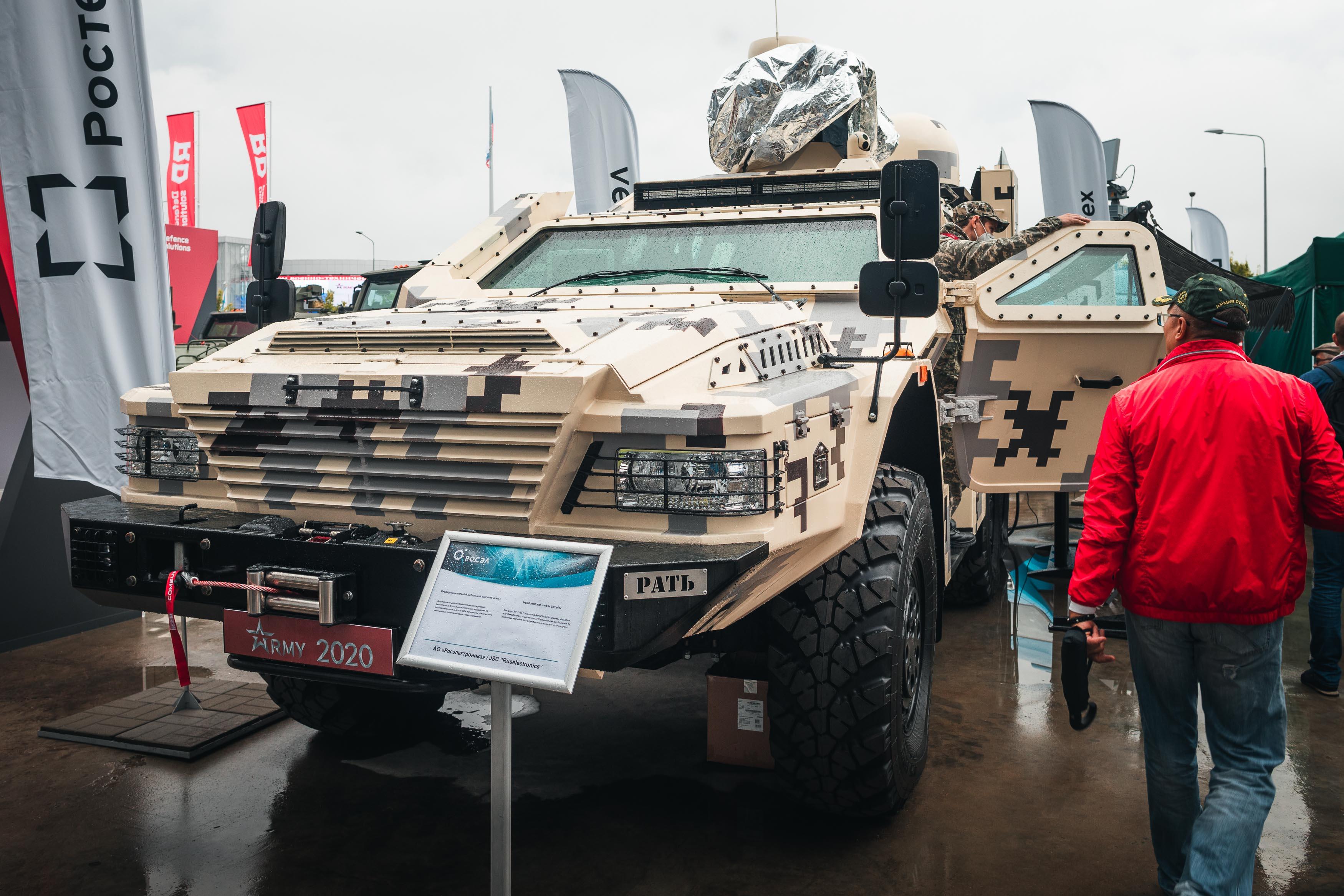 The fully operational car is similar to the transport from the films "Terminator" and "The Fifth Element" at the same time.

Experts believe that the last Black Sea cruise of the French ship will be remembered for a long time by the military, but it is still not worth waiting for the United States and NATO to calm down. The next "voyage" of American ships is expected a couple of days before the start of the strategic exercises "Kavkaz-2020". True, this time the military does not exclude that, in addition to the French military, representatives of the military departments of several countries will start spying for the Americans.